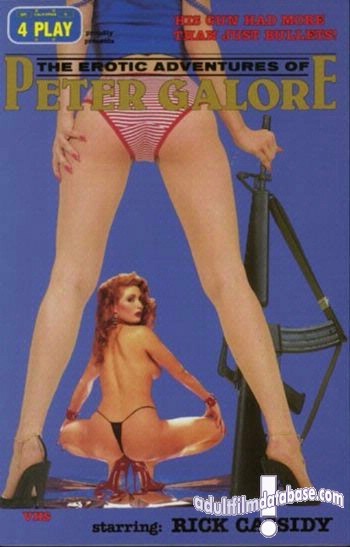 Peter Galore (Rick Cassidy) is a government special agent, at least it sounds like he is, and he is on mission... to rescue the daughter of a diplomat (Maggie Williams) who was kidnapped by a white slavers operation leaded by Harold Plum (Tony Lane) and have some fun while doing so.


This film was "lost" for years and every versions released were cut by almost 30 minutes, but last year we finally got the complete version and this is the one I have watched.

I will be honest, the movie is average and that story had been made better in other films made after (yeah, I can't really give it a strike for that). But I can give it one for the many inserts, not that I can't understand that even a good performer like Cassidy can do everything alone.

As story goes this is quite straightforward with the usual shenanigans of the spy movie genre until the end that made me scratch my head (seriously I didn't get it).

But even with its flaws and its obvious low budget I recommend the film, for many reasons: it was lost, it's the only film in which Tallie Cochrane had more than simulated sex (at the best of my knowledge), it's one of the few Barbara Bourbon film appearances, Rick Cassidy is a good leading man and, to be honest, it's a fun movie.

The movie is a bonus features on the Enter the Devil blu-ray released by Massacre Video that you can easily find at a good price at Amazon and certainly at your other favorites online stores.