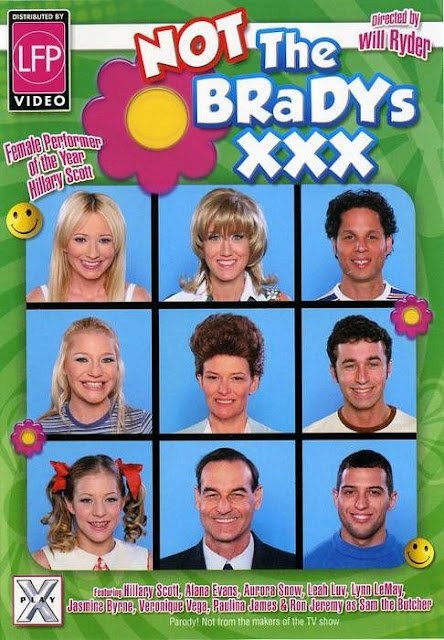 I'm not really a big fan of modern adult cinema which is obvious if you check the production years of the movie I usually review. But that one won some awards and have a good rating, so I gave it a chance.

First I give honour where honour is due, the opening is great and pretty much the same than the one from original TV sitcom. But...

The film have the same problems that every modern films or web scenes have... the sex scenes go on forever and there are really nothing original there, everything is the same old same old action. Also the fricking chocking in every scenes is not my cup of tea, it's disgusting and not sexy at all. Another thing I don't get is the absence of music during those scenes, if your actors can't stay in character and only have stupid lines to say at least the score would hide those flaws. Finally the casting isn't very good, none of the guys playing the Brady boys look and act alike their TV counterparts.

But there are some positive in this movie... The set design is well done (if we forget that the living room is quite dirty), the actress playing Marcia (Hillary Scott) and Jan (Aurora Snow) are perfectly cast and do a good job, Mike Horner is reliable as always and, thank God, Ron Jeremy role is a non sex one.

As you could have guessed I don't recommend this one... most of the long running time I was bored. It doesn't mean that you couldn't enjoy it, but those films are just not my cup of tea.