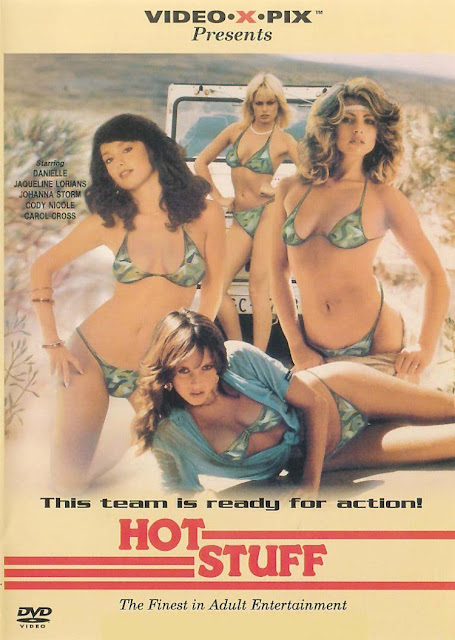 The film follow an enjoyable formula, an author (Danielle) is in the process of writing a new book about the Egyptian quest of a trio of adventurers and when she encounters the empty page syndrome she must use sex helpers to get her inspiration.

I don't want to spoil the story this time since there is a lot of fun situations brought by the author's inspiration and you are never sure of what will happen. All I will say is that we travel in the future, the past and the present time.

The film have a big cast considering that the East Coast adult industry wasn't what it was anymore at this point in time, real production value (but they used some sets built for Blonde Goddess) and the fact there is a lot of outdoor scenes gives a professional quality to the whole (there is an awesome scene at Coney Island).


This is probably the last time that Joe Sarno got the chance to direct a film with a good budget and we see that he always had the spark in him. Give this film a chance since this isn't like the cheap productions he didn't care about to which he accustomed us during this period.

You can get the film from Distribpix and I suggest to take the opportunity to buy Blonde Goddess at the same time too.
Posted by Jimmy at 2:00 AM