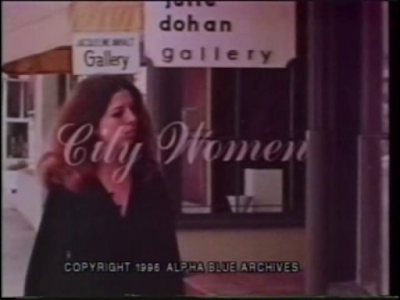 Early West Coast productions who is build around the fantasy of four women who live in Los-Angeles. Without being one the movie has a loops carrier vibes since there are no story per se but four different daydreaming sequences without connections (you could say the film is four short stories on a theme).

Surprisingly everything work very well in that film and it was an enjoyable surprise since I'm used to watch average LA productions from those early days. The narrator isn't boring and make sense, the film is mostly shoot without dialogues (except for the body painting performance) and talking of body painting that was probably my favorite moment in this film.

No director is credited but it was obviously made by a professional (if he is a film student he was sure talented) and shoot by a real director of photography too (you need to see the last dream sequence to see it).

This one is widely available as it was released on DVD by Alpha Blue Archives (the one I have), Historic Erotica and After Hours Cinema (that one is incomplete according to imdb).
Posted by Jimmy at 12:43 AM