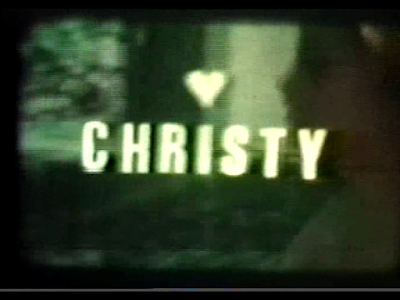 First thing first, this film was made by Leonard Kirtman and not by Steve Harris (if that guy exist) as imdb say.

Christy (Valerie Marron) is a sixteen years old club dancer (not a stripper since she dance only topless) who use her job to bring clients at her home to have sex... which of course end in blackmailing with the help of her parents (Andrea True and Marc Stevens)

To fill the short running time there is an out of place comedic scene with Harry Reems, but I guess to put his name on a poster help to sell ticket and to be honest it was a fun scene that just doesn't belong in the film.

There is also a big focus on incest and there is a love story coming out of nowhere, at least it's how it felt to me, between Christy and John (Eric Edwards), but this bring a funny line when she accuses of "infringing on her rights" because he doesn't want her to dance moments before a black guy break a bottle of beer on his head.

For a Leonard Kirtman's film this isn't bad at all... Of course it doesn't always make sense and almost every scenes are way too short, but the cast is great and the story was enjoyable. Also the soundtrack from the band Sleepy Hollow was great, seriously listen to them it's surprising how obscure they are.

I recommend the film, but the materials used by ABA isn't that great mostly at the beginning. Not that it get that great looking after but at least the jump cut are over.