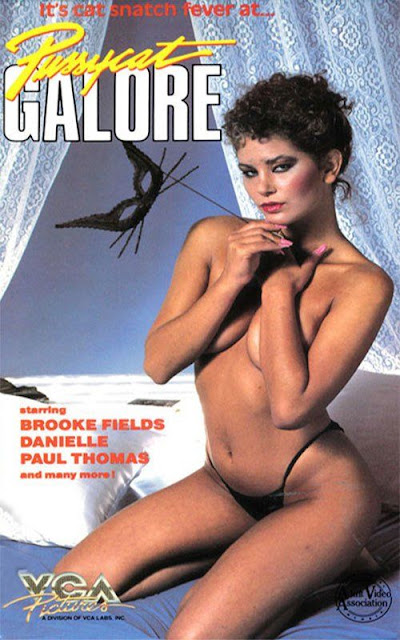 An Henri Pachard's comedy written by Rick Marx who wrote many classic like Roommates, In Love and Taboo American Style.

Pussycat Galore is an escort agency owned by Joey Silvera and Honey Wilder that is running radio adds to recruit a new group of escorts for its clientele. 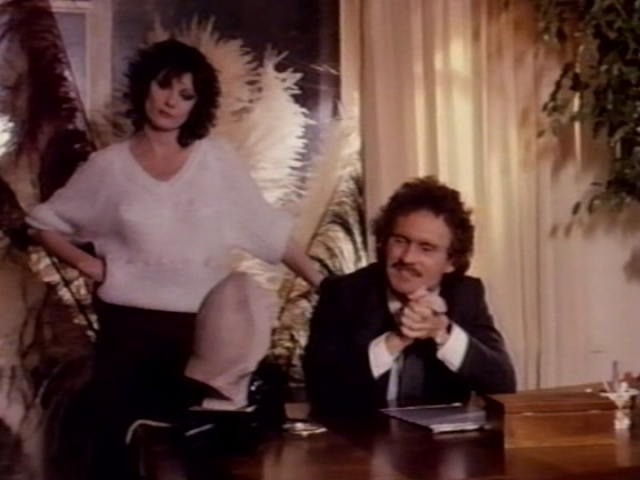 After they went through the many applications they pick and train a new girls squad.

After the training it's time for works and most of the encounters are quite funny, George Payne as a Congressman being dominated and the lesbian gender switching encounter are the winners in the fun category. To be honest all the moments in the film are good and you are never bored since it's well edited and the scenes aren't by the book endless ones.

Another good film that have no legit release for some reason, but you can get it via an Alpha Blue Archive triple features set or via Video on Demand on Hot Movies.
Posted by Jimmy at 11:19 PM