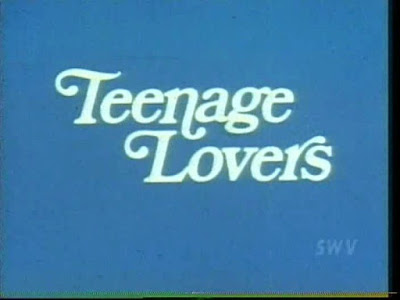 First thing first, 1972 is only a guess of mine going by the cast and by the fact that it was made before Renee Bond surgery, so imdb is completly in the left field with their 1975 production year.

The film is about three soldiers (one is a woman which is historically incorrect since there was no women on the battlefront those years, at least not in the US army. I know it's a sex film, so it's being nitpicky over nothing) lost in the battleground in the north african front during World War 2.

Everything's fine, at least as fine as it can be when you're lost, untill an obvious problem show its face... Rick and Sue are always together and, since they are kind of lovers, they have a lot of dry sex (come on did you think that Marlan Proctor would do real hardcore?) which you'll guess make the third wheel of the trio unhappy. So when too much is too much for Earl he takes action by strangling Rick and raping Sue.

But since Earl is as good as strangling people that he is at raping woman, Rick is alive and he kick Earl ass to reward him. But after a while all is forgiven since Earl say that he is sorry. So after a while, fortunately for them, they see a tent in the desert. 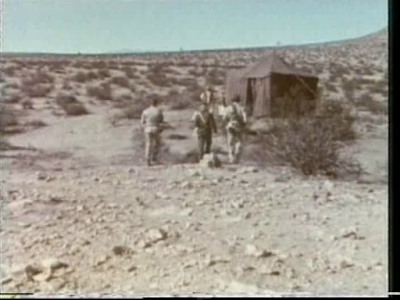 The sheik who live there tell them that he is fighting the Germans too and that he knows where is the fighting unit of the three soldiers, even better they can have all the fun they want with his harem girls. Which means that after more than 40 minutes we get our first real hardcore moment.

After that it's pretty much all-sex wich is kind of sad for Andy Bellamy and Renee Bond since they are stuck with the sheik who is a not so good looking old anonymous actor.

Of course nothing last forever and a surprise wait in the corner (figure of style, there are no army waiting behind the tent) for the conclusion.

Honestly, this isn't very good and this is an odd film with a title who had nothing to do with anything. A film not really well shot, at least the sex scenes and a strange casting choice with Marlan Proctor... that would make more sense if the second soldier was played by Rick Lutz by exemple. Not something essential at all even with the good feminine casting.

No crew credit included, but I have a feeling that it was made by Lee Frost which would explain the casting of Marlan Proctor in the starring role.