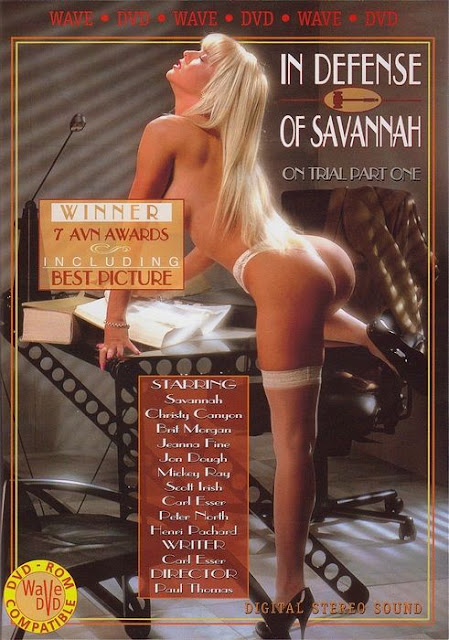 The film Backdoor Romance is in the middle of an obscenity trial, so this is pretty much a courtroom drama directed by Paul Thomas.

The trial start with the testimony of Scarlet (Savannah) the star of the film, the prosecutor ahows a scene of the film during her testimony. 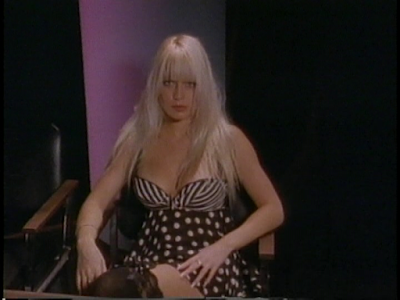 Second witness is the film director (Jon Dough) his testimony is about the First Amendments and the right of making adult movies between consenting adults. 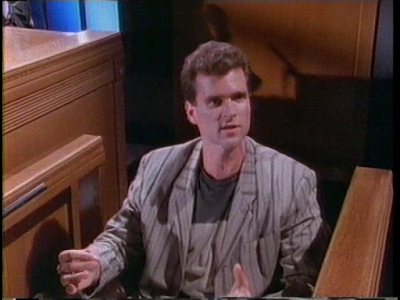 Next it's Jenna Winters (Christy Canyon) giving a testimony for the prosecution that she was forced to do things she didn't consent too. A scene of the film is shown to the court by the defense to demonstrate that she wasn't repulsed by what she did in the movie. 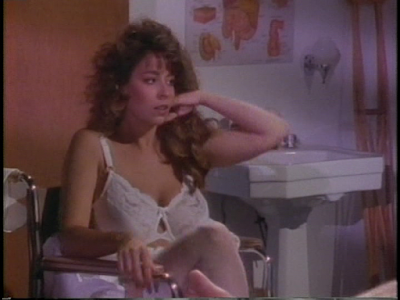 And this the end of the first part... 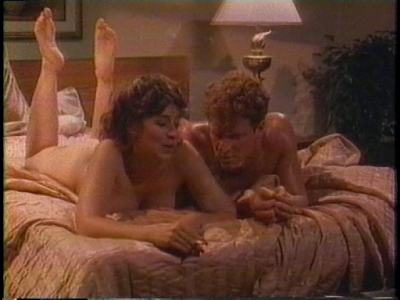 I can't honestly say that I'm a big Savannah fan (she's kind of a bore) so I was glad to see that she isn't really the star of this film. In fact Christy Canyon gets more screen time which is more than fine since she was at her best when she did her nineties comeback with Vivid.

I've found the film more enjoyable than I expected it would be, but with all the trial stuff it feels like you are watching one of those Larry Buchanan's court reenactment but with hardvore sex.