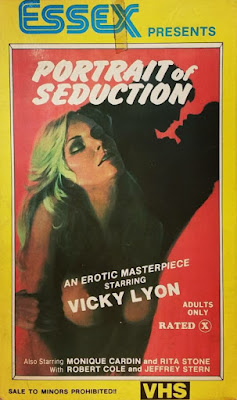 Jeb (Robert Cole) and Kelly (Vicky Lyon) a recently married couple are waiting for Jeb's son (Jon Martin) who is coming home to live with them. It won't take long for the 17 years old to start a game of seduction with his stepmother. The adventure will go relatively well untill all hell break loose at the end.

A simple and enjoyable film from Anthony Spinelli who doesn't go with the usual formula. We all know that most of the time that would be a young girl who would come to live with her newly married mother, so it was a nice reversal. The story is told via flashback during a discussion between Kelly and her mother (at first I was cought off guard, I thought something was missing from my DVD-R as the transition happen fastly without warning), a discussion in which we see that this isn't an easy situation for Kelly who is caught in the middle between her love for her husband and what she feels for his son. The film casting is also great, Vicky Lyon seems to have some theatre background since she can emote easilly and Jon Martin is credible as a 17 old years teenager (he was a pioneer of the San Francisco scene, but he is one of those lucky guy who always looks younger than his age).

Highly recommanded adult drama, but I can't tell you if the DVD is fine or not as my copy is sourced from a TV broadcast.
Posted by Jimmy at 12:58 PM