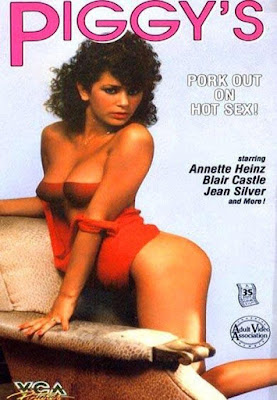 At the end of his college year Leon (Michael Knight) come back home since he didn't find a job, but he isn't alone since he bring one of his friend (Jerry Butler) and his girlfriend (Laurie Smith). The trio will help Leon's mother (Annette Heinz) with her unsuccessful bar. 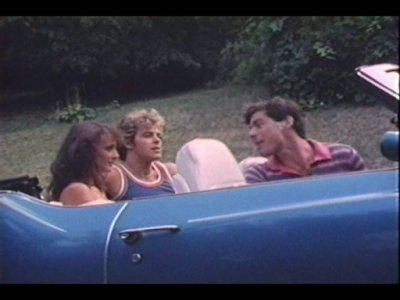 The problem is that another bar in the city is succesful since it's a strip club and the owner is the town mayor (Paul Thomas).

So they'll try many different themes to bring on the crowd... A musical act, cinema night and trucker night. None of those work, except the trucker night (but they give the beers free to anyone showing of with a truck which isn't the best way to fill the cash register).

They finally hit the jackpot when they decide to rename the bar Piggie's and make of it a place where everything you desire sexually talking can happen... no surprise here, sex sells.


But there is a problem: the increase of clientele means that something else must go down and it's the frequentation of the mayor's bar. So he will try to close the Piggy's using the power of his position...

Will that work? Will it be the end of Piggie's? Come on I won't tell it...

Enjoyable East Coast comedy made, according to imdb, by John Christopher. For some reasons there is no DVD release of this film which is hard to understand since the casting is great.

But you should try finding it since I highly recommand it!
Posted by Jimmy at 1:51 AM