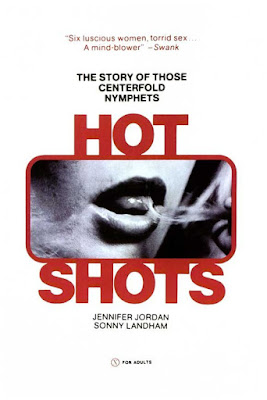 Early Armand Weston before he became Armand Weston, he did it after The Hot House so it was his second one and after the critics he got from his first he took notice and add more sex in its follow up.

The film is one of the few starring role for Sonny Landham who for some reasons always play supporting roles. In this film he plays Tex a New York photographer and he tell us his story, yep the film breaks the fourth wall.

He told us everything from his arrival in the city from Texas (he never said which city) to the discovery of a gold mine in the page of Screw to the renting of his photography studio to how he was caught faking it the first time and finally to his actual days.

This isn't the hardest film to follow as it goes pretty much to the point (he sure took note of Chelly Wilson comment that "there wasn’t enough fucking" in Hot House). There was some funny moments (by exemple the scene with the artist he met via the Screw personnal adds) and one that sure doesn't look that comfortable to me. Sonny Landham did a great job with his role, this is why I can't understand why he didn't get more starring role, but I hope it was at least a two days shoot since he got all the actions. Finally the score is great...

No DVD available, but there are some hope to see this film release on DVD or BD since Distribpix is slowly working on the Command Cinema catalog so we never know maybe those early productions will get some love.