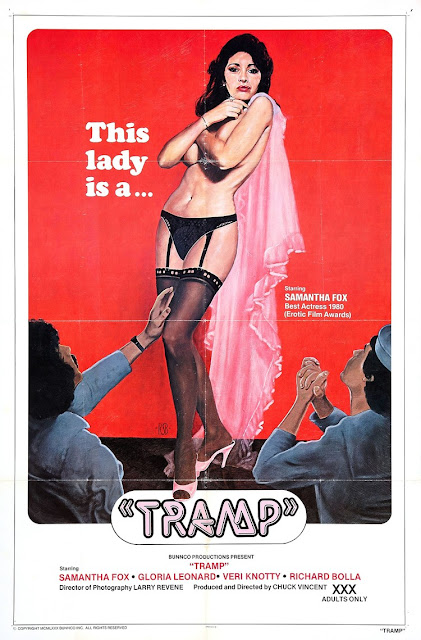 For obvious reasons I wanted to start this month with a film starring Samantha Fox and I wanted to watch one I never did before. As much as I can like Jack and Jill,  Roommates and Bad Penny they didn't fit the bill... so I went to my boxes and dug up this one.

The film start with Dana Dewars meeting her lawyer to discuss her upcoming divorce, obviously we won't watch 78 minutes of lawyer's talk because that would be boring.

What we get is the life story of Dana from leaving her small town for New York to becoming an actress to wed a rich man (Robert Kerman) to her day in front of the judge.


Of course this isn't Roommates, but this is another good Chuck Vincent's comedy who deserve to be better known. I wanted a movie starring Samantha Fox and this is sure what I got since the story is all about her character and she is in the film from the beginning untill the end. Not that the rest of the cast isn't important, but they are mostly people coming through Dana's life... except for Richard who is the very cheated on husband.

If you want a professional film with a great cast of New York actors from the end of the seventies or a film well shot by Larry Revene (too bad the DVD doesn't look that great) this is for you. Of course the end isn't a surprise but who is the judge is.

Like I said the DVD isn't on par with what Cal-Vista usually released so I won't recommend buying the DVD, but just get the film via VOD.