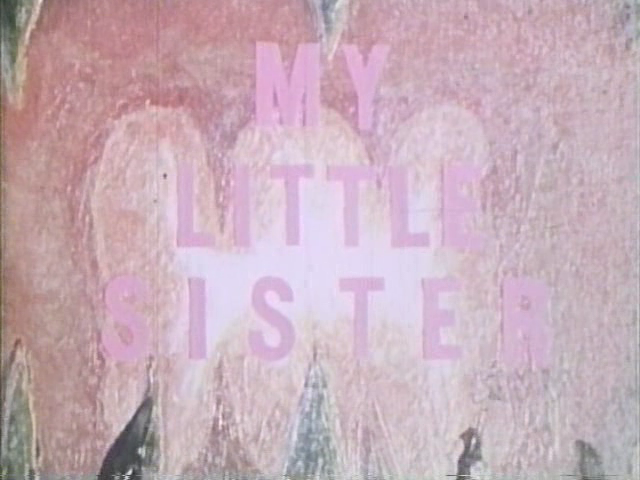 A short one at 48 minutes from the Something Weird Video collection, but as much as I can see it seems complete. This is mostly sex so there isn't much to say about it, but here we go...

Cindy (Nancy Martin) is on the phone with a friend when her sister (Suzanne Fields) come back home at one point they start to fight because Judi drink one of her beer. A fight that ends with the younger sister bound to a chair.

After a while Cindy's friends arrive and the guys decide to have unwanted oral sex with Judi, since they can't go two at the same time Mike (Rick Lutze) go for the older sister. When they are done, John (Duane Paulsen) goes for Karen (Rene Bond) who thought that it was funny when the guys were busy raping Judi.

And this is what we will got until the end, the people just switch from one to another. 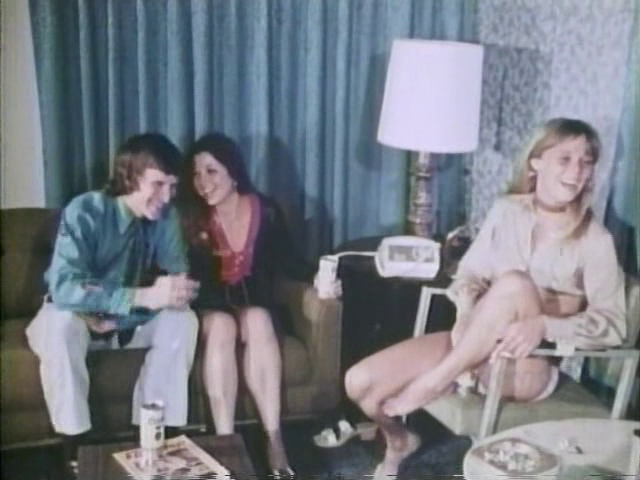 Obviously I will not pretend that this film is a masterpiece since it is just sex to have something to keep people busy in a theater, but it does a good job at doing so. You have a great cast who have a fun time like it was the case more often than not during that era and, contrary to the previous one I have reviewed, someone who knows how to shot a film is behind the camera. Since it's a short film it goes fast and you don't get bored. At time the dubbing is annoying since it doesn't fit and you aren't always sure of who is talking, but if you like stupid dialogue you are in for a treat. The only critic I can do is that they didn't go for the incest angle with the two sisters.

For some reasons it doesn't seem to be available anymore from Something Weird Video, but the Alpha Blue Archives version is available on video on demand from Hot Movies... just don't ask me how it looks since I don't have that version.