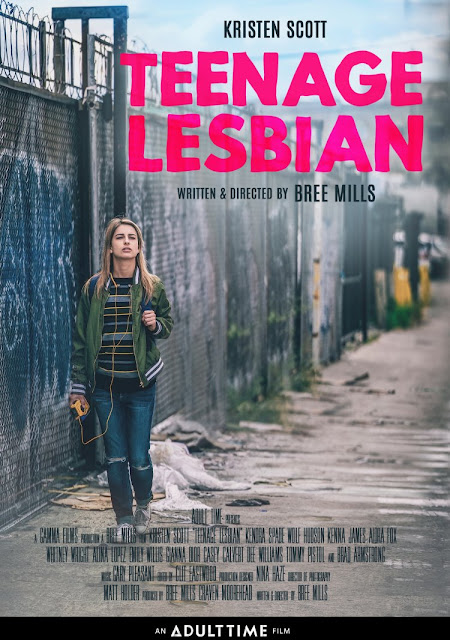 A coming of age drama based on the real life of Bree Mills who wrote and directed the film. The film is about Sam (Kristen Scott) last high school year and her dealing with her lesbianism in her life.


Life isn't easy for her, she is bullied for her looks and the fact that she is a lesbian (she never came out but since she's rocking the tomboy look the other students assume that she is one), it isn't better at home since her parents are divorced and her mother is pretty much an absent mother. At least her father is a great father.

For the most part we follow her from bad experiences to bad experiences as she isn't experienced and love life isn't easy when you're at high school (it isn't if you are straight imagine how hard it must be if you love same sex people).

After a very bad experience at a rave party (you need some suspension of disbelief for this one), she meets Meg (Kenna James) an older college student who will help her a lot to accept who she is and teach her what it is to be a lesbian.

Sam with Meg help gained confidence, but that doesn't mean that everything is rainbows and unicorns from there.

But the high school year will end well... she make her coming out to her parents (her father knew it but her mother didn't) and she finally finds love.

I don't think I need to say again that I love Kristen Scott, she's a great actress and she shines in that film... it is just too bad that real movies aren't made often now, since she is as talented than many of the best actresses from the seventies (in fact I think she could do mainstream films easily if the studios weren't that Judgmental). Kenna James is great too in her mentor role, in fact she won a supporting actress award for her role (not an AVN award, but who really care about the AVN awards?). In fact the film won a lot of awards in 2020 and all of them are well deserved since it's without a doubt the best modern adult film I have seen.

The movie was made by a woman so this isn't the typical male fantasy of how is a lesbian and, to be honest, it make the film even better since it's believable.

Obviously I highly recommend this film and, if you are one of those people who are afraid by sex on the screen, the film is available on two versions, so you can buy the full three hours version here or watch the shorter R-Rated version legally free here.

Seriously watch this film, whatever version you want, believe me you won't regret it.