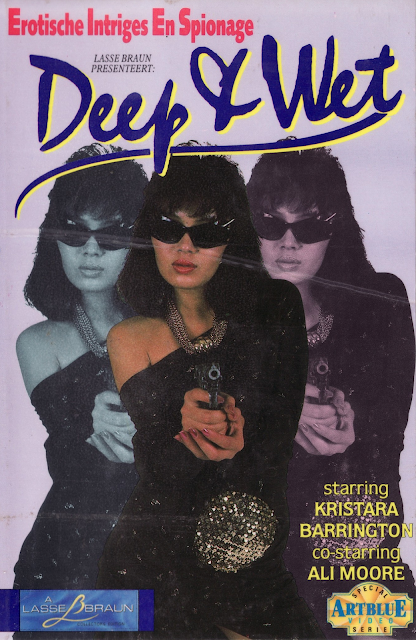 Now don't get too excited by the synopsis... it's a Lasse Braun shot in the US production and this is very cheap, but on a more positive note this isn't a shot on tape Sarno's cheap waste of time.

At the start of the film the microfilm is at the hands of two agents who work for I don't know who. They decide to hide the microfilm in a safe place... Laurie crotch.

Meanwhile, the Russian agent (Jose Duval) goes to meet a middle man or a middle woman to be precise since he didn't get the microfilm as he was supposed too, so he have to search her.

For some reasons at this point Josephine get a visit from two agents (at least I think they are) at her home. Seriously this isn't that clear or make that much sense.

Now we are back to our microfilm story with the other CIA agent (Joey Sivera) who does a research for the microfilm, first on Josephine (Kristara Barrington)... 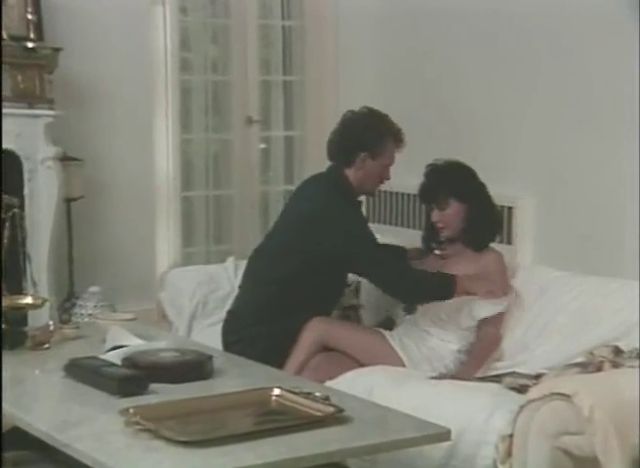 And next on Laurie (Ali Moore). 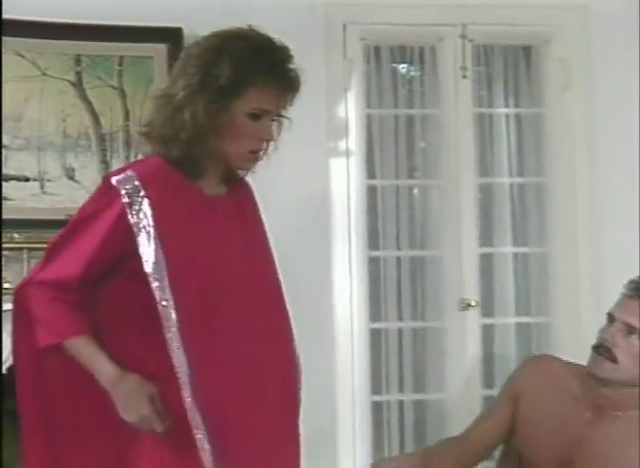 The fun thing is that after all that searching he finds the microfilm and throw it like it wasn't important at all. The film ends with the Russian agent with, I suppose, the microfilm. 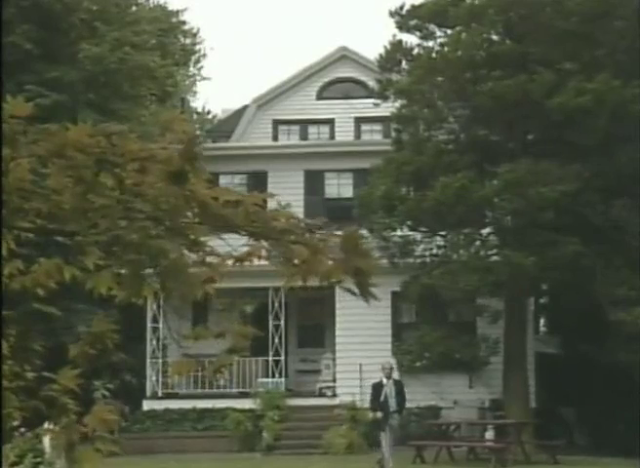 Obviously this isn't the greatest film ever made and we are far from the days when Lasse Braun was doing films like Sensations or Body Love. So if you set your expectations low and don't expect a story that make sense you'll be fine.

The film is available on VOD but don't waste your money since it's another ABA hack job with bad colors and, even worse, a shorter version.
So go for a visit to a tube site to see a complete and better looking version, mine came from SpangBank but I guess it's at any of your favorite adult tube channel.