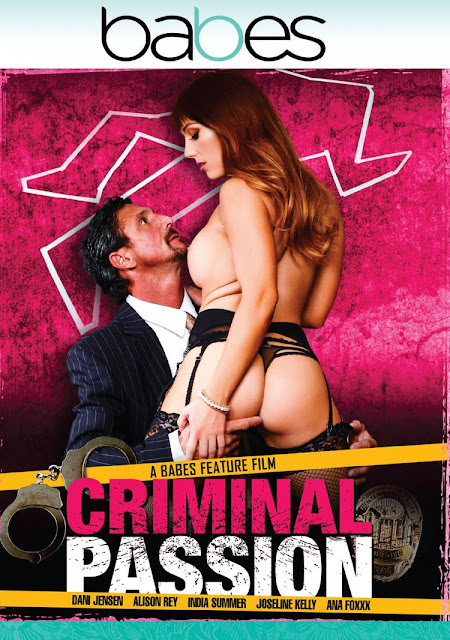 Better known as a company producing web scenes Babes Video went for a features film with this, more or less since this is one of those productions using the chapters or episodes model.

The main storyline is the investigation of the Senator Montgomery (Tommy Gunn) murder and since it's an episodic film I'll go by episode too. 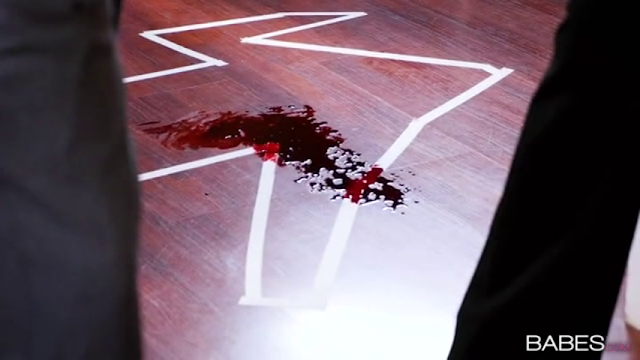 The first episode start with the detectives (Donnie Rock and Ana Foxxx) arriving at the crime scene, one woman with blood on her hands is sitting on the bed and Paul Carter stays to interrogate her. The interrogation is a flashback of what happened between her and the Senator before he was shot.

In the next episode Paul Carter interrogates another suspect, the Senator's wife who was at the house when the murder happened. She isn't in a collaborating with the authority mood and she immediately went lawyer mode which isn't a good sign. But her personal assistant stays to talk with Carter and she reveals what happened between them that night.

The wife is cleared as a suspect and in the third episodes it's time to meet another suspect, the Senator's daughter who will inherit of most of the deceased money and assets. This time the detective will see some actions since the suspect is in teasing and more mode. After they are done she handcuff him and Carter finds a gun... things sure doesn't look great for Miranda.

The daughter is arrested and she is find guilty of murder (we won't see the trial of course and this happen fast too say the least. But we have one more chapter so the story is far from being over. The two detectives on discuss together after the conclusion of the case and Carter isn't so sure about Miranda's guilt. He isn't wrong but it's too little too late for him and he will be terminated. We get a last flashback and we learn who killed the Senator and why...


For a film it isn't too bad, sure the story is simple (it's pretty a budget episode of any police themed TV show), but enjoyable. The formatting is a little bit annoying since we got a credit roll and a "previously on" after each part which kills the film natural flow since we have already seen the events. The conclusion is highly unrealistic, you will understand if you watch the film.

I wouldn't call this one essential, but if you like cop show it certainly worth a streaming. Of course a DVD is available if you prefer, but there aren't much reasons to buy it on disc.