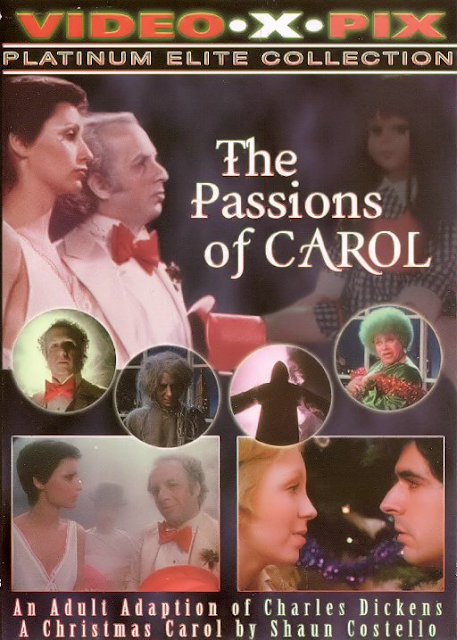 It's Christmas so it's the perfect time for a classic Dickens' story but since my blog is about adult and not about studio blockbusters it's the occasion to finally talk about the Shaun Costello's adaptation of A Christmas Carol.

Carol Scrooge (Mary Stuart) the owner of Biva magazine couldn't care less about Christmas, for her it's a day like any other one and she expect the same from her employees. Whatever they have plans for the day isn't relevant they must work, something that Bob Hatchet learns since he must redo a photo layout even if his wive and him had plans.

Later that night she is visited by the ghost of his former business partner who tells her that three spirits will come to meet her.

She doesn't think much of it and goes back to sleep until the first spirit shown up and bring her to her past. So it's time to see her childhood friends, at first she's happy but she realizes that she manipulated her friends via threats to "play doctors".

Next she is visited by the spirit of the present time and they will go see how Bob Hatchet, her employee, and his wife are happy even if their life isn't easy.

None of those visits are easy for her, but the worst is yet to come and the spirit of the future is the one who will bring her to the worse. Indeed, he brings her to a future where she had lost everything and became a cheap street hooker (by the way if you are like me and love watching old New York footages you are in for a treat) pretty much at the end of the road. This is the moment who will break her and it's easy to understand seeing how depressing this vision of her future is.

After this Carol understand how wrong she was and that she must embrace the spirit of Christmas every days if she doesn't want to end this way. 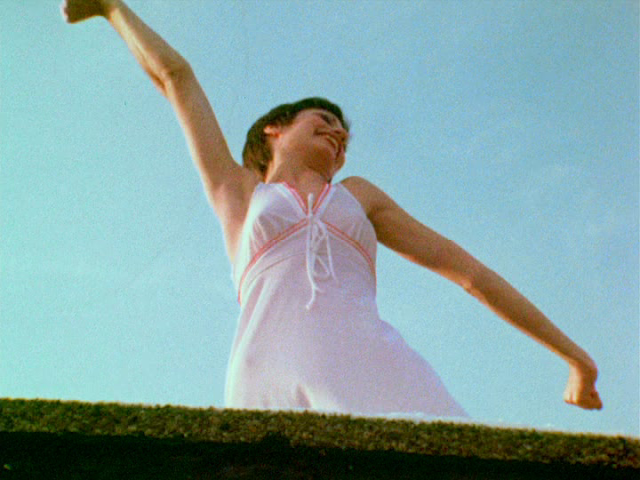 This is one of the first real film of Shaun Costello, most of his works until this one were fast productions made in a day or two but he did that in one week of eighteen hours days. The story is quite straightforward and if you know the story, who doesn't?, you know what's coming... at least the basic events, there is no sex in Dickens' version. Sadly this was the first Costello's flop, I guess people weren't ready for mixing Christmas and sex yet. Too bad for them since I consider this film a classic and this is a traditional viewing the 25 at my house.

I think I said it previously but Shaun Costello is one of my all time favorite director, whatever you watch one of  his one day quickie with no real script or one of his professional film you are almost sure to enjoy it... at least I haven't encounter one I didn't in the many I have watched.

Obviously I recommend this film, but do yourself a service and get the special edition released by Distribpix to learn more about this production since Shaun Costello did an excellent and informative commentary on the disc and wrote a very good 20 pages booklet included with the release.