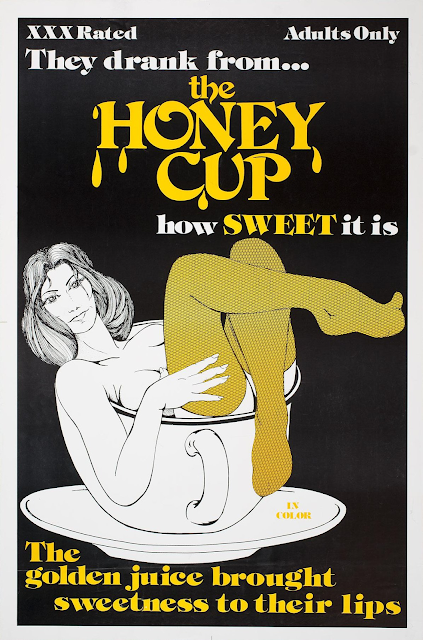 A Joe Sarno's film who is more or less lost, it's safe in the Distribpix vault (at the best of my knowledge) but since it didn't get a release past VHS it is hard to find.

If you are familiar with Sarno's works you should know what is the theme of this one without watching it, but here we go...

The meat of the story is about Sonya (Crystal Sync) a psychic who with the help of her boyfriend (Sonny Landham) manipulate and control her feminine clientele.

Her scheme start with a consultation with Glenda (Nancy Dare) who will bring her friend (Jenny Baxter) next who will bring her boss (Dory Devon) next. After that Sonya move in Harmony's apartment and all that group will became sex slaves (more or less).

And since it isn't complicated enough we also have a kind of love story too between Harmony and Brad, but it feels more like Brad is a gigolo to advance his career as a poet.

To be honest I prefer the softcore films he shoot just before he did the definitive switch to hardcore cinema, but I'm the guy who think that Abigail Lesley Is Back in Town is the best Sarno's film. In fact all the ingredients of a Sarno's production are there, so it is enjoyable but it's a little bit too long and become repetitive after a while.

It worth the efforts to find it even with its flaws since it's obvious that Sarno always cared when he did the film (an average seventies Sarno is sure miles ahead his direct to video from the eighties). But don't expect much from the only copy who surfaced online: there is a constant humming noise, it is out of synch and, at least, three times we lost the image since the tape used was in bad shape.