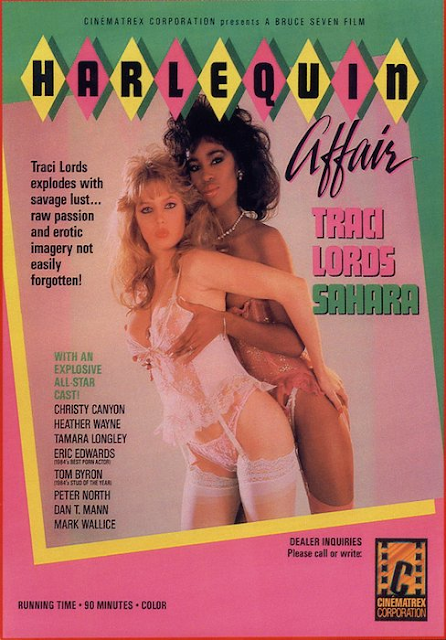 A couple (Eric Edwards and Tamara Longley) is expecting a visit from their son (Marc Wallice) who just got married and he have a surprise for his family... he married a black woman (Sahara).

So I expected a story about racial tensions since all the family is white, but Bruce Seven sure fools me on this one. Indeed the racial question isn't very important, there is some tenseness when the family meet the black wife the first time but they seems to get over it fast.

So it isn't what I expected but it was enjoyable in part, mostly for the cast (if you like Traci you are in for a treat since she is all over the film) but... I have rarely seen a film so badly edited. No idea what Bruce Seven was thinking about but the film jump from one scene to another and back, this is quite annoying and a mood killer.

You can't purchase this film anywhere and don't ask me where I got my copy since I found it online more than ten years ago. But I guess with some small research it won't be that hard.