Confessions of a Candy Striper (1985) 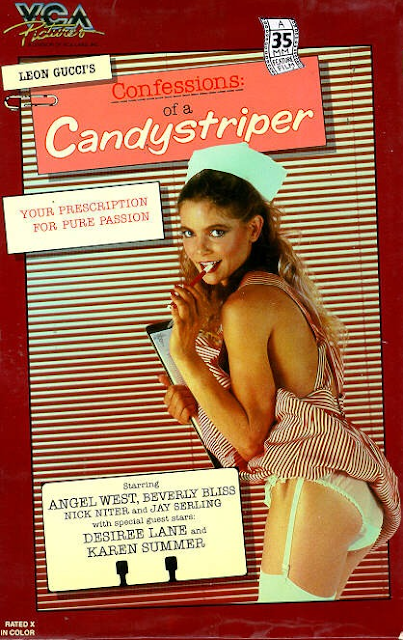 1984 was a busy year for Leonard Kirtman, indeed he did between 15 and 20 films with pretty much the same cast and he shift between the actresses for the main star of each one.

Angel West, a beautiful young looking actress is the lead in this one. She plays a candy stripper (kind of since she is pretty much a regular nurse) who starts her job at a new hospital. 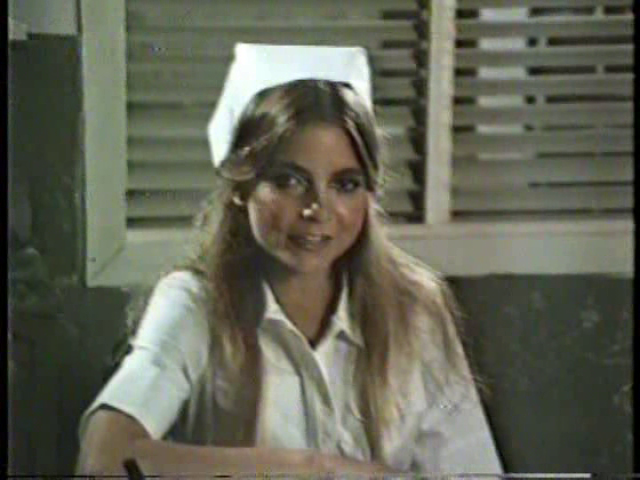 When I say the lead I really mean it since she is all over this film (which is what Kirtman usually did for that group of films).

Now don't expect Candy Strippers or Nightshift Nurses or Supergirls Do General Hospital because Kirtman isn't a good film director, a good producer sure but one of the worst movie director with a lot of credits. 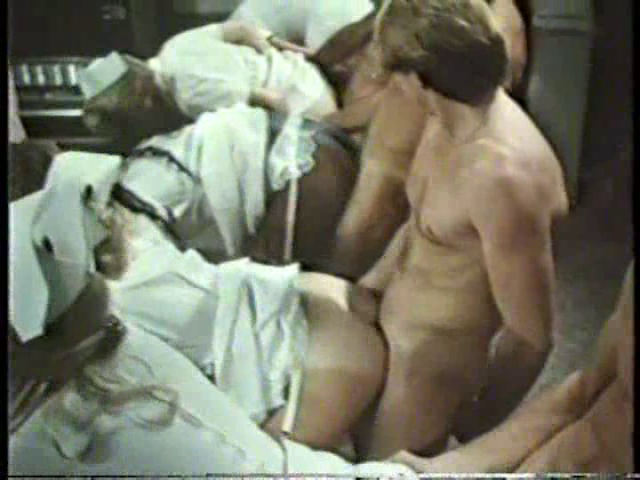 By example this capture is from the moment who should have been the big scene of the movie, but the bad camera works completely ruined it.

So even if it's one of the few film in which Angel West is the lead this isn't really something I can recommend... it isn't for nothing if Leonard Kirtman is forgotten since he haven't made anything really memorable and he was pretty much an hack.

The DVD is out of print but you can get it from Adult DVD marketplace or you can watch it on xhamster.com which make a lot more sense since it's OOP and it doesn't worth 20$ anyway...