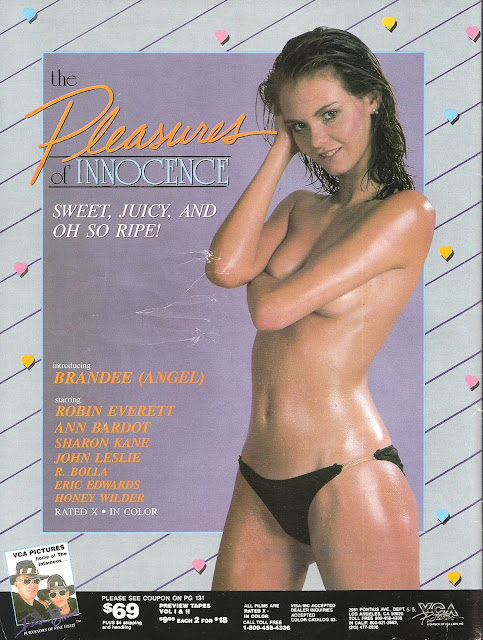 Cindy (Angel) and Candy (Robin Everett) are two strippers working at a club in Des Moines, everything is fine until they learned that an exotic dancer is coming which means that they are loosing their jobs. So they seduce their boss (Robert Kerman) to steal the new dancer contract and this is how they learned that she earns a lot more. So after a call to the dancer agent (John Leslie) it's time to go to the Big Apple.

After some trouble they finally find the Damion Farber School and Agency to meet the agent to talk about an exotic dancer contract.  Of course they are contracted and they will start a formation...

They start with dance classes to learn some techniques... we see this via a montage. But an unexpected visitor is coming, indeed Cindy and Candy bosses shown up at the agency to get a dancer for their club.

After a lot of BS talk where they make themselves appear more important than they are Damion bring them to meet a couple of dancers.

Finally all the Iowa people meets each others inside Damion's office and we get a final resolution.

This is a nice lighthearted small town girls in a big city, of course this isn't new but Larry Revene did a really good job. In fact I expected something a little bit mean where the girls are taken advantage of, but it's a comedy. The cast is great (but this is certainly not the first Angel movie), we get some New York footages which is always a good thing and, seriously, there are some very good music playing at the Des Moines strip club.

For some reasons hard to understand since it's a very good movie there is no legit release of this film, but you can watch it at pretty much every websites who sell VOD.

Finally I must thank Rob Everett for suggesting that film to me...