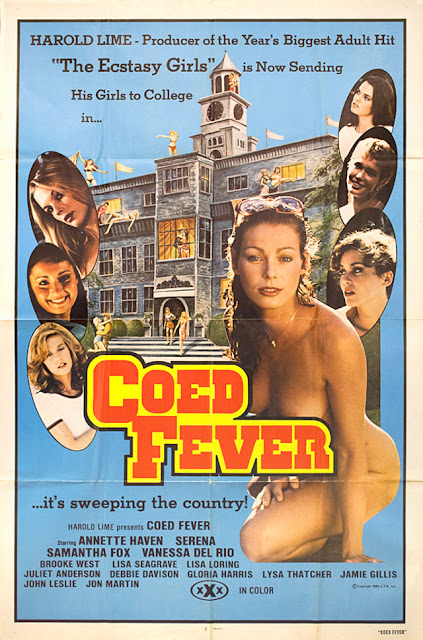 Today a Garry Graver's production when he was at the top of his game, seriously most of those high budget production he did for Harold Lime are better than the mainstream films he did. 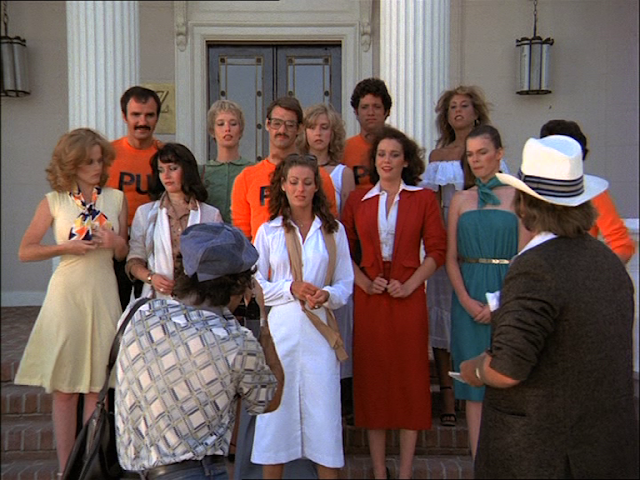 WR Jackson (John Alderman) wants to publish a story about a sorority and, of course, the choice is the one runs by Kimberly (Annette Haven) his daughter. 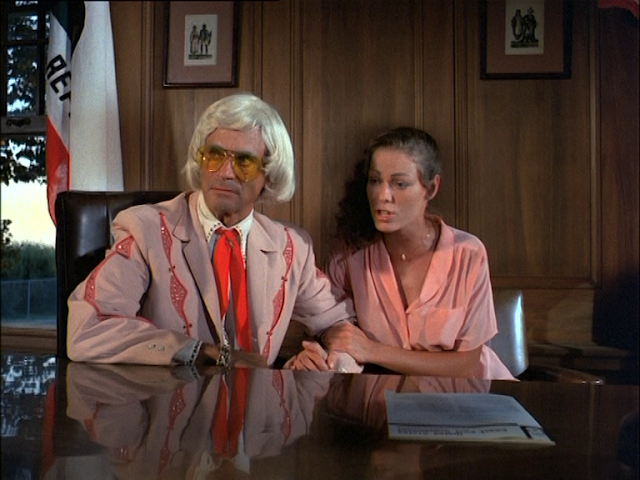 The story writer (Juliet Anderson) wants a clean story so the sorority girls will have to get rid of their boyfriends to date exclusively the football team players. Which, of course, doesn't please any of them...

The boyfriends who aren't that happy about the article will try to sabotage it using an information that
Joseph (John Leslie) got from his girlfriend. To do so they will ask Vannessa (Vanessa del Rio) to seduce two photographers coming at the sorority house for a photo shoot.

After that stunt, Alice (Samantha Fox) is caught with her boyfriend by another sorority sisters and Kimberly will made her paid during pledge night. But this result at turning the journalist against her original idea and she will ask Jackson to forget about the sorority sisters / football players dating idea... the answer is a big no.

So all bets are open and the boys are ready to make WR Jackson and his daughter pay for what happened to Alice. Once again they will use the service of Vanessa who will serve laced drinks to Jackson during the big dinner after the football game.

The film, being obviously inspired by Animal House, ends after the revenge with credit lines telling us what happened to everybody later in life.

I love that film and since a long time... it's one of the most fun Garry Graver's comedy with a great cast (Annette Haven and Brooke West are particularly good) and everything is just perfect.

What I own is the french DVD released by Wild Side Video who is long out of print, the Caballero DVD who is actually available probably doesn't look as good but since the film is awesome I'm sure it worth a purchase as long as you don't pay too much.
Posted by Jimmy at 10:33 PM