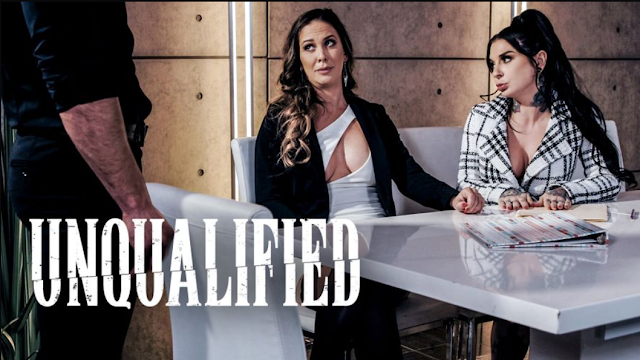 Time for a new Pure Taboo scene directed this time by Joanna Angel...

Dante (Dante Colle) just started a new job at an office in which a woman is the boss (Cherie DeVille). His boss insisted that she must sign off everything he does so he must wait the end of her phone call in her office for her to do so. After a while she signs his works, tells him that she appreciate what he does and Dante leaves after... not without Cherie taking a very obvious glimpse at his butt.

Dante resume working at his desk and after a while Joanna (Joanna Angel) introduces herself to him as the HR officer insisting a lot that she is his friend. The days go by and things become more and more strange at the office.

As a part of the job Dante must do a formation on work sexual harassment which is of course centered around the fact that the men are the sexual predators in a work environment. At some point Cherie follow him in the bathroom and she grabs Dante dick, this is at this point that he decides to do a complaint at HR for sexual harassment. He does his official complaint but Joanna asks him to come back at the end of the day to talk more about it.

He comes back at five and a huge surprise is waiting for him... both Cherie and Joanna are in the office, his complaint isn't taken seriously and he is the one in trouble (Cherie did her own complain against him). But this isn't all, Dante was hired for his look only and not his qualifications who are a big joke around the office, so if he wants to keep his job and not have a sexual harassment in his permanent file he will have to perform for what he he was hired for.

Now this was a great little scene, a complete reversal of what we are use to: this is the man who is the victim here and not the woman. Joanna Angel set the final perfectly by taking all the time needed to show the progression of Cherie's harassment on Dante. Cherie DeVille rocks in her role, she always stays in character and she sure played the predator role perfectly. Dante Colle is as great as he always is, the more he see him the more I appreciate him.. not only a good looking guy but also a very good actor. The sex is quite hot with Cherie DeVille dominating Dante from beginning to start and Joanna Angel an energizing performance. Now I imagine some saying "OK but where is the taboo? This is just office sex", see work sexual harassment against men is taboo we don't talk about this and we shut our mouth because we would become a laughingstock on the job. 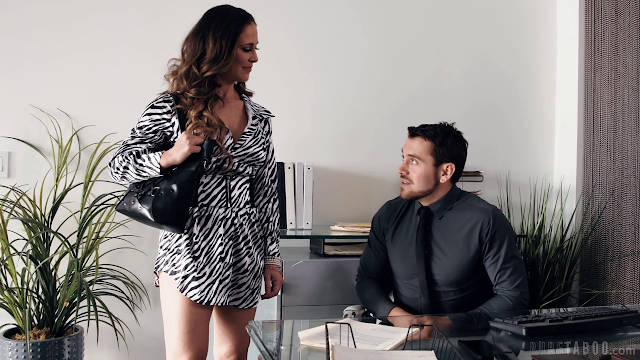 As usual at the time of my writing the scene is exclusive on the Pure Taboo / Adult Time streaming service...