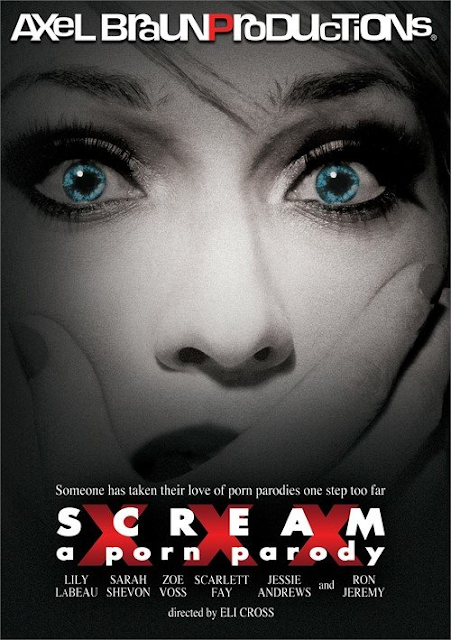 I haven't done an adult adaptation of a mainstream in a while so why not go with one of an horror comedy...
Casey (Lily Labeau) is home alone preparing pop-corn when she receives a call from a mysterious man who tries to start a discussion with her without much success but third time is the charm. The caller seems to know a lot about her and all of sudden he shows up in the house to kills her, but surprise! She starts laughing and the action is cut... yep it isn't Scream but the filming of a film based on the movie.
Since it's a modern film they can't show blood (I have always find that self censorship that the industry do to itself ridiculous) so the director (Eli Cross) decide to shot the sex scene and wait the next day for the killing of Casey. But Lily Labeau doesn't show up the following day for her scene, I use the actress name since the cast play themselves for the most part.
As the saying say the show must go on and the film production can't stop because one actress isn't there for her works, so they shot the next scene and again we have a problem... Evan Stone does a diva crisis at the end of the scene because Rocco Reed is the one who plays the killer and he doesn't think that an actor of this caliber can kills an actor of his caliber.
The following day brings more problem, the director of the film doesn't show up. So no many choices here, the production must stop. After a sex intermission the body of Lily Labeau and Eli Cross are found, but not before two other actors vanish.

Now the news know and we see a TV report from Gail Storm (Zoe Voss) recounting the events that happened during the production of the film.

The rest of the cast and crew decide to go at Sarah Shevon's house for a party and they invite Gail Storm since she is one of the character from Stab 3 the film they were doing a parody of. After a while at the party, since it's an horror film, the guests go in separate direction in duo and you know why of course.
When Sarah and Rocco return in the living room everybody else are dead!!! Obviously I won't tell you who it was since I didn't see this coming and contrary to the original film the killer gets away with it.
Usually I don't like those "parodies" since they are for the most part ridiculous and are pretty much sex and cosplay, but not this one. In fact Eli Cross took a basic idea and made something much better... a film about the production of a parody of a popular mainstream film where thing goes bad. He didn't it seriously, there are jabs given at the parody genre who plagued the industry for a while (thank God it is over) and the actors can laugh at themselves... that sure funny to see Evan Stone doing a star freak out crisis. For the most part the acting is fine since the actors play themselves except for Zoe Voss and Jack Lawrence. The sex is good too if we forget the anal scene between Angelica Lane and James Deen, just a personal preference since I don't really like anal and it was way too long.
It's enjoyable, different and surprising so it certainly worth a watch. If you are a member of the Wicked Pictures streaming service you can watch it there, if not you can buy it everywhere on VOD or DVD (it comes with a behind the scenes extra, but I can't tell you if it worth the extra cost or not). 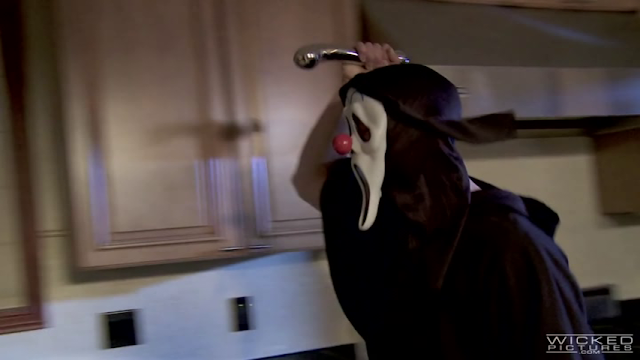