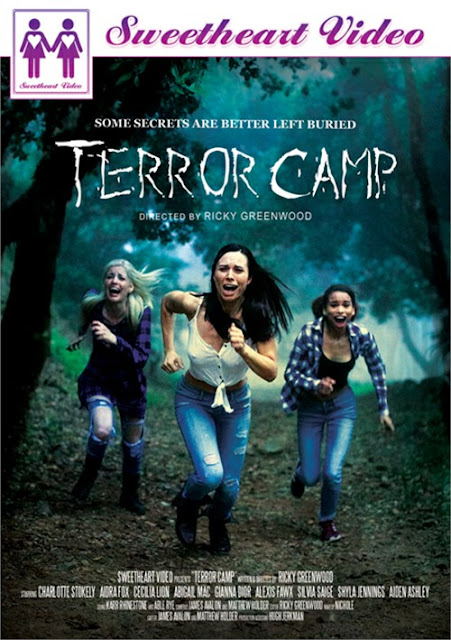 In the summer of 2017 a group of students and their teacher (Alexis Fawx) went to the Los Padres Forest area to investigate a series of unexplained disappearances... two years later their footage is found but none of them. A detective (Silvia Sage) review the materials to see if the previous detectives on the case miss something.

On the way to the camp site the group of students stop to pick a hitchhiker (Abigail Mac) and after this interruption they arrive at the Dry Lake Campgrounds to set everything. At first everything goes well but... Someone or something knock on the camp windows all night and every times the girls go to check they see nothing, even worst the teacher disappear during the night. Aidra suspect that Cecilia is behind all this since she doesn't seem to care at all about the project.

The bad omen is always over the camp since Aiden and Abigail vanish too during the day. Cecilia decide to go alone to the nearest city, a ten miles walk. Charlotte and Aidra stay together and they start talking, this is where Aidra reveals that she does that research because her sister vanished from that site previously (which explain the first scene of the film between Gianna Dior and Shyla Jennings.

Same as the previous night they heard a lot of noises and something knock on the tent. They comfort each other during this scary night and the last image we see of her is the attack on their tent the following day.

This is another winner from Ricky Greenwood, the story is interesting and we really want to know what caused the girls disappearance... sadly we never learn the why (so we need a sequel) but there are some red herrings to set possible explanations. The casting is perfect (but I would have liked to see Shyla Jennings in the students group), I knew already that Aiden Ashley and Charlotte Stokely were good actresses but the revelation in this film for me was Aidra Fox. She's not only a very beautiful woman but she can act as well as the best one. The four scenes in the film are great example of girls scenes well done and none of them are fillers (at first I thought the first one was but there is a reason for it). Another positive is the cinematography, thank God they didn't went with the shaky cam that goes with the found footage genre because I find that so annoying.

You can watch the movie from the Sweetheart Video streaming service if you are a member, if not you can buy the film on DVD or VOD at your usual online store.