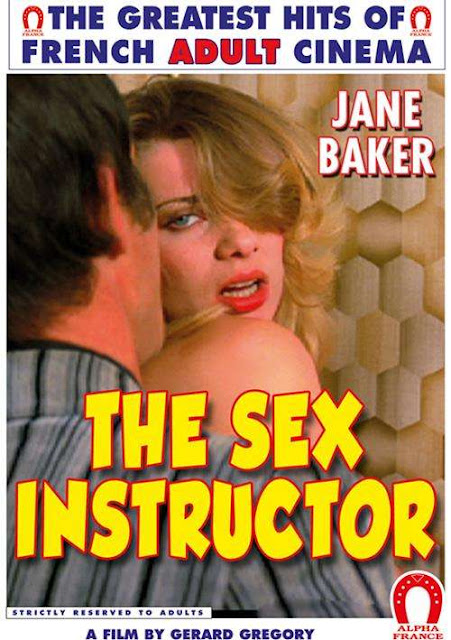 I haven't review an eighties film in a while so why not go with a french one, don't let the cover fools you this isn't an english friendly release... good thing that it isn't a problem for me.

We start at a park when a woman let a stranger follow her for a meetup in a stairwell, from there you obviously think that they are on the way for a quickie. Wrong! The man sucker punch her and stole all her money while she is unconscious. 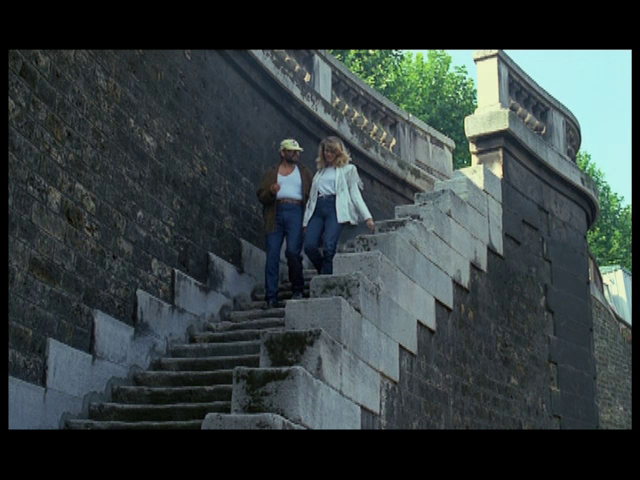 From there the tone change and the woman (Jane Baker), who is in fact named Eva, begins telling us (via an internal dialogue while she is stunned) what is her story and what happened to lead her to that moment.

She isn't that impress and she return home, this is when she learns a shocking news: her love story is over and Michelle leave her for a man. She takes it badly and for some reasons she starts to fantasize about the exhibitionist semen. Some time later she picks a hitchhiker and they became friends with each other.

Their friendship isn't sexual, Eva has never been with a man in her life so Loïs will bring her with him to live different type of experiences where she will be only a voyeur at first.

Unsurprisingly their friendship evolves and they become sex partners too, but Eva refuses to give Loïs oral sex but he has no problem with this. Some days later Loïs brings her for another experience with a group lower class people and this is when she will be forced by one of the man to serve him orally (no she won't bite his dick, this isn't Last House on the Left).

She isn't traumatized by the experience and the couple stay together and continue the same life style. One day while they are eating at a restaurant Loïs become jealous when she looks a client too much, but this won't prevent her to follow him in the bathroom. This time it won't turn as she expected since the man is violent and he will anally rape her (a body double was used for that scene).

When I watch a french film that obviously brings me back to the time I have started watching adult film, my english was pathetic when I was a teenager so if I wanted to follow a story french cinema was the only option for me. This is why I have a special appreciation for those productions and to be honest the quality of the french films was above what the USA gave us with their cheap films shoot on tape.

Contrary to what Alpha France often does the film is complete (but the original framing would have been appreciated) and the story isn't that hard to understand even if you don't speak french at all. As I said it's professionally made so it looks good, the story from the woman perspective is interesting and the acting is perfectly fine. If you are used to the long modern scenes you'll be probably surprise by their short duration here, not that it is a major problem for me since I think the story flow is better when not cut by a thirty minutes sex scene. Anyway, if you are fan of Jane Baker like me this is the film for you since she is almost always on the screen. 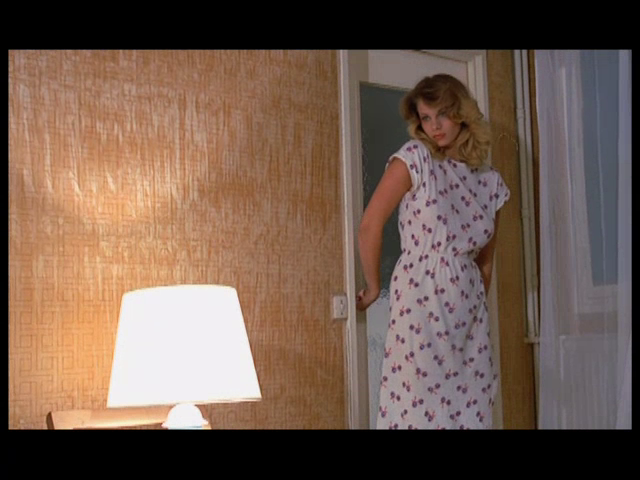 I have watched the film via my Gamelink Unlimited account, but I'm sure you can get it in most stores online and maybe dubbed in english but I'm not sure if it was ever available in other languages than french and german.