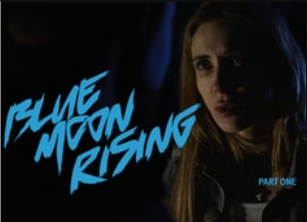 The film I anticipated the most this year is finally coming up this week, so I couldn't wait to get it even if it will be release in a multi-parts format and I usually wait for a complete VOD release.

It's a genre film mixing the genres I like the most, adult cinema (obviously) and horror.

After an evening at a biker club a couple stop at a secluded forest area to end the night in a good way, the woman (sorry I didn't catch the character name) start wondering since she feels that they are watched but that won't prevent them to go with the plan.

They go on with a very hot scene on the bike, believe me it is, but we quickly see that something or someone is hidden watching them. When the relation is done the biker is ready to bring her back home, but what she really wants is a sequel and she's very aggressive in her demand. He push her aside and he is attacked by an animal.

The morning after a woman (Brooklyn Gray) finds the girl passed out in the forest and brings her at her house. When she wake up she has no memory of what happened the previous evening and she wants to call the police but her rescuer refuse to do so.

At one point she contacted the police since she is a forensic photographer at a clinic and that crime evidence photography is quite creepy. After this she is interrogated at the police by the Detective Greenwood (Tommy Pistol) who is the investigator on the murder case. After their discussion he gives her his card and this is the end of part one... 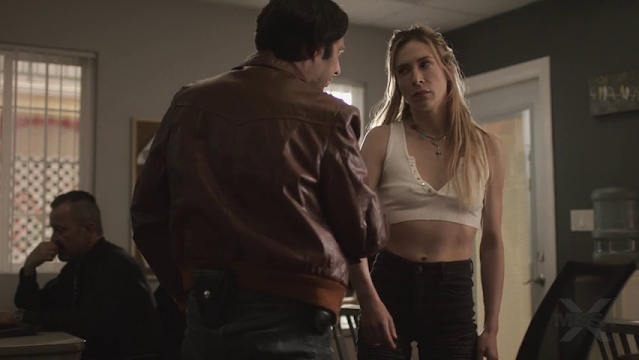 Once again Ricky Greenwood shows us why he is the best director in the business (I always think that he was robbed last year when Killer on the Loose didn't win movie of the year at the AVN Awards). We get a very good introduction to what's coming without knowing too much, in fact that episode is mostly a pre-title sequence. Natural lights are use for the forest sequence and this is something I really like, I'm sure some will complain but seriously overlit the outdoor scenes doesn't look professional it looks cheap. Aiden Ashley is great as always and the chemistry between her and Dante Colle is undeniable (too bad that he died so early). Tommy Pistol doesn't do much in the episode since he shown up for the end, but we know we will see him again sooner than later.

Can't wait to see the next episode to follow in that character journey and for the great special effects that I have already seen previously.

A very important note that I must add is that I purchased the SD version (480p) so the pictures aren't as good as usual... I'll update them when I'll purchase the complete film on VOD when it will be release later this year.