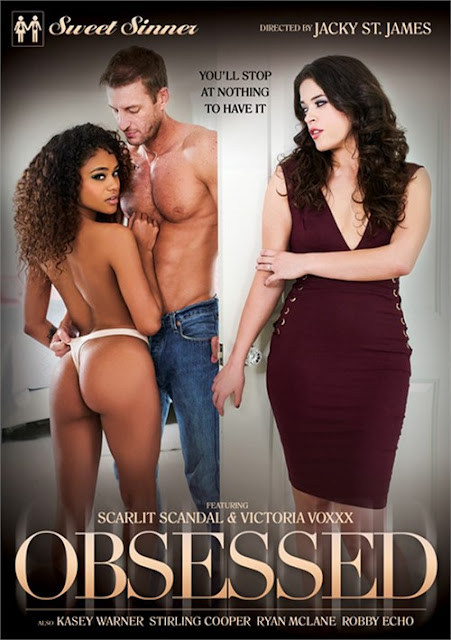 Next entry in the 2021 AVN Awards special, this time a couple movie directed by Jacky St. James.

Gretchen (Victoria Voxxx) a best seller romance novelist just wrote her next book, but to the displeasure of her agent (Kasey Warner) this isn't a romantic story. In fact this is a crime novel in which a woman kills her husband because he has an affair.

Strangely the theme of book is exactly what is happening to Gretchen since her husband (Ryan McLane) is having an affair with a married woman (Scarlit Scandal). In fact all this is known to her since she have hours of secret recording of conversations between the two cheaters.

Between all those real life problems Gina, the agent, must find a way to sell this novel since it's a complete departure of the author usual style or she will be fired by her boss (Shawn Alff).

This film without being great was enjoyable, personally I think the story could have been more developed... just ten minutes more to show us why Gina's husband decided to go somewhere else would have been a nice plus for the narrative. The acting is acceptable, I've particularly appreciated Scarlit Scandal who is a new visage (most of what she did before are web scenes). The sex is on the romantic side which is why I think it fits as a couple movie. The conclusion took me by surprise, I knew something like this would happen but not who or why.

I wouldn't call this film a must buy, but it certainly worth a rent if you want to watch something with your partner...