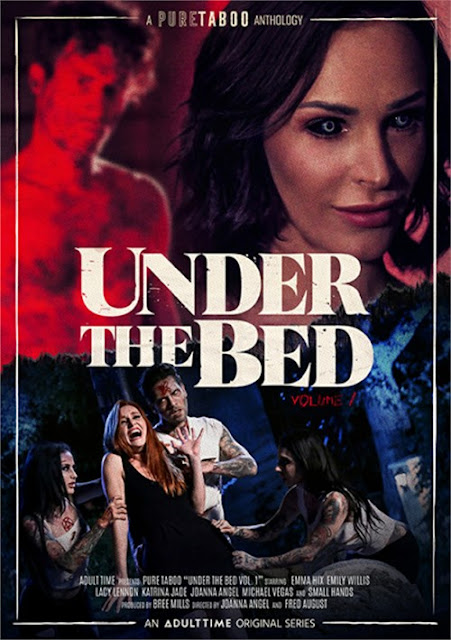 Today's entry in the 2021 AVN Awards week is an horror anthology released by Pure Taboo as a special series for Halloween 2019. I'll do my review in two parts to follow the way it was released on DVD. 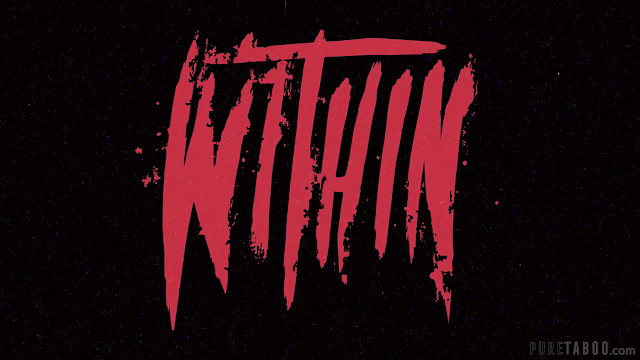 Directed by Fred August and shot here in my corner of the world (yep I'm from Quebec, the province not the city). 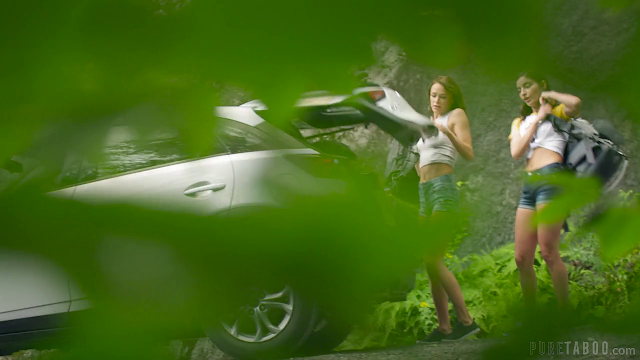 Two friends rent a cabin in an isolated wood area for a getaway weekend, but unbeknownst to them an hermit is also in that area acting as if he was on the prowl. Later during the evening the girls relax watching a film on TV but there is a storm in the area and the power is cut, one thing lead to another and you know what that another will be.

While they are busy the hermit enter in the cabin and one of the girl is killed, after the hermit had his way with the surviving one.
That first story of predator and preys was excellent and not what you expect it will be. The location is very beautiful and different since it wasn't shot in California as usual. The acting is on par with any current low budget horror movie and to be honest I don't understand why Michael Vegas wasn't nominated for an acting award for this role. 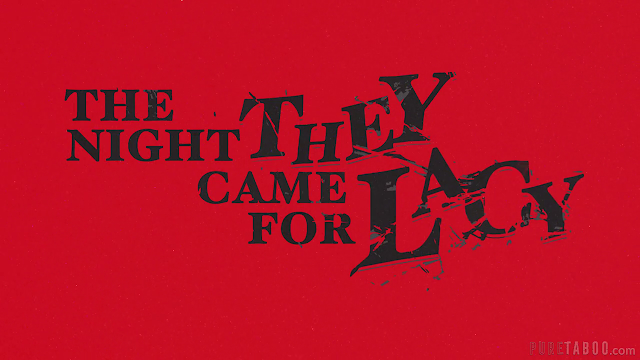 Next story was directed and written by Joanna Angel.
Lacy is at a cemetery obviously to visit someone and we learned quickly that it's the location where her friends are buried after their death in a car crash the previous year, a crash in which Lacy was the sole survivor.
When she returns home, she start feeling depress and decide to return to the cemetery driven by the guilt... not a good idea. 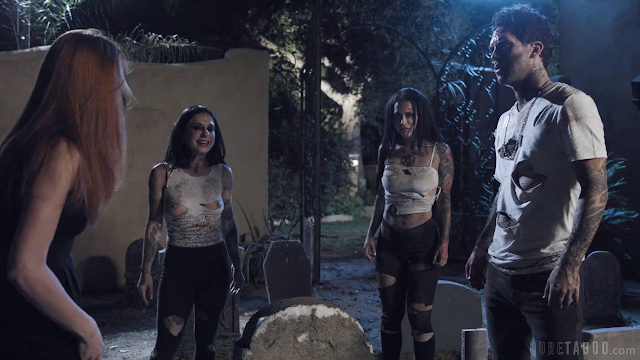 As you know already films who are mostly sex aren't my cup of tea, but it isn't the case here because it isn't pointless and had everything to do with the story. That study of regret and despair was interesting and certainly not what you expect from what is basically a living dead film. The energy was quite intense and I have a feeling it wasn't that comfortable to do.

That first half was enjoyable and certainly worthy of a recommendation. You can get both story on VOD or DVD, but you should go for the Adult Time streaming account to watch it.