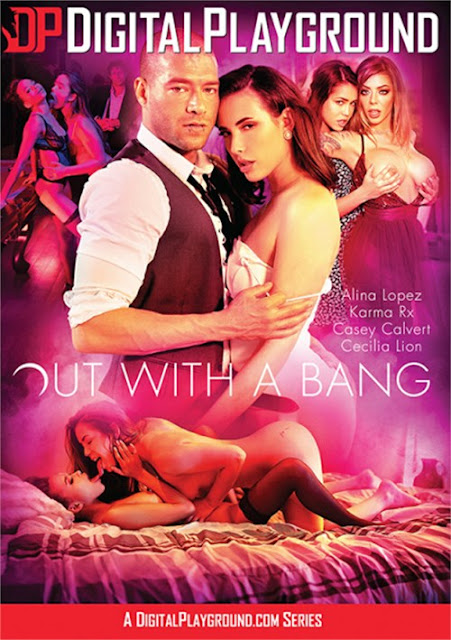 A Lena Paul's production center around two couples waiting for the impending end of the world that will come in twelve hours when a meteor will hit the earth. Now what to do when the world as we know it is almost over, if you said sex you win!

I won't lie, at first I didn't like the film since I had the impression it would be just sex and no real narrative like the first episode... it's a Digital Playground release so the film is separated in three episodes. But it became more interesting at the end of the episode when a desperate woman (Alina Lopez) come knocking at the door.

The complete second episode have a dreamlike mood that I have really appreciated, in fact it's the moment when I became enjoying the film. The utilization of a different lightning scheme, the way it's edited and a great on camera effect is what make that chapter enjoyable and mysterious.
When the third episode start only three characters remain and it will be time for the young woman to lose her virginity before it's too late.
Not something I really recommend if you want a real film, but if you are fan of Alina Lopez it certainly worth a watch since she's really the star of this show. There is some original visuals so it's obvious that it was made with some ambitions and care.
As usual you can buy the film online at Gamelink and it's also available on the Digital Playground streaming platform if you are a member.