This week will be an AVN Awards nomination special in which I will review some of the nominated movies and I'll start with a Ricky Greenwood's crime thriller. 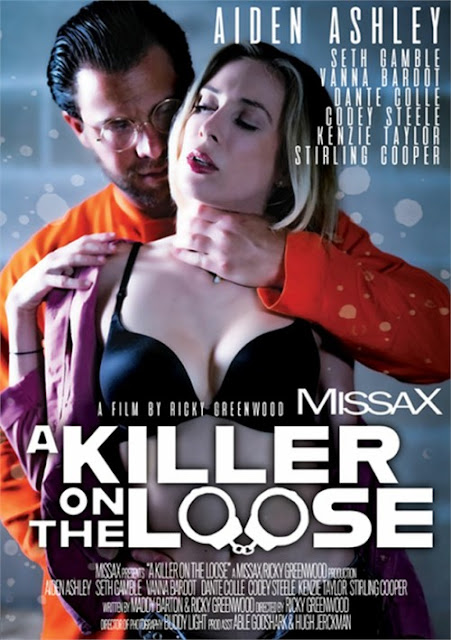 While she spent the night in a remote area with her boyfriend a young woman (Vanna Bardot) is abducted, not only that but it looks like it's a serial killer. Luckily for her the FBI is already on the case but the time is running fast since the killer dispose of his victims quickly after the abduction. With no real lead to move fast one agent (Aiden Ashley) decide to meet a prisoner (Seth Gamble) to ask him to help on the case.

He will help, but he will play a mind game on Clara at the same time in exchange of his expertise. But will the FBI beat the clock and rescue the girl in time before the worse happen to her?

If you know your cinema you already guess that the template for this film is The Silence of the Lambs and you aren't wrong. It is easy to see why this film got nominated for the Grand Reel since it's an excellent one. The script is great and Greenwood give as much importance to the narrative and the sex, you feel the sentiment of emergency, the natural lightning cinematography is perfect, the acting from the two lead is top notch (seriously Seth Gamble is awesome in his part), the sexual energy in the last scene is incredible (no wonder it was nominated for the Best Boy/Girl Sex Scene) and you see the attention put in the details by example the internal finish between the relation between the young couple or the spying on the victim in the prologue.
Of course I highly recommend this one since it's the best adult cinema I have seen in a while and I'm sure everybody could appreciate the film.
I purchased my copy from GameLink as usual but you certainly can get the VOD from your favorite online store, also if you are a subscriber of the MissaX streaming service it's available there.
Nominations for the AVN Awards 2021
Best Boy/Girl Sex Scene, Aiden Ashley, Seth Gamble
Best Directing - Drama, Ricky Greenwood
Best Cinematography
Best Editing
Grand Reel
Posted by Jimmy at 3:16 PM