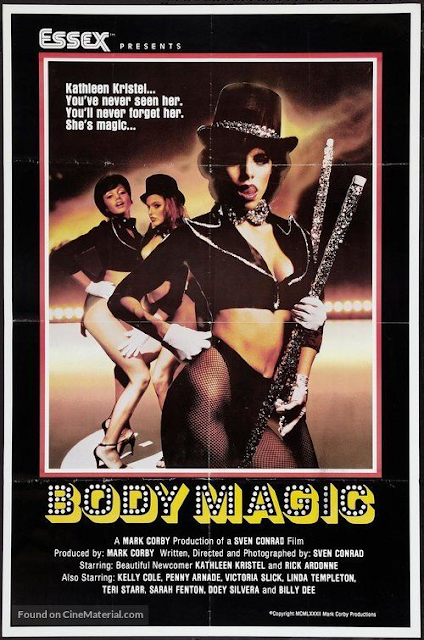 Last adult film made by Sven Conrad (David Worth) and for his goodbye he took the decision to make something different, a film mostly built around the visual and not a complex story.

Of course there is a story about a photographer named Mark (a beardless Rick Ardon) that we follow doing his works and living his life. Since the narrative is mostly centered around his work we see his relationships with Tommy (Joey Silvera) and Laura (Kathleen Kristel) his two assistants.

And as story goes this is more or less pretty much it...


But the story isn't what is important in this movie. What is is all the beautiful cinematography, the scenery and the editing... which is a little bit frustrating since the DVD isn't very good.


This isn't really a film for the casual viewer since it's probably too artistic, but just like Doing It!, the previous David Worth film I have reviewed, I have really appreciated the experience. To be honest I think it's the type of film you can watch with your partner without feeling "bad" for it.

Sadly as I said the DVD is sourced from a dark tape so I can't really recommend a purchase, without the original framing and lightning you missed a lot of the original director vision. Anyway the two unauthorized DVD releases for this film are long out of print.

Personally I think that this would make an awesome blue-ray release or, if the market isn't there, a perfect candidate for a remastered from the negative 2K DVD.
Posted by Jimmy at 1:18 AM