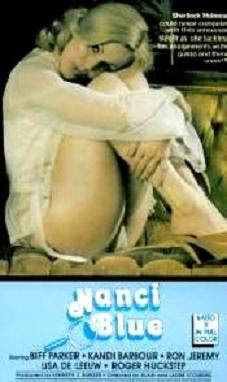 People are adducted in the street, their home, etc. by a scientist (Ray Wells) and his assistant (Lisa De Leeuw) to do important scientific research. What are they working on? Women orgasm. Obviously the way they conduct their research doesn't follow the scientic method, so the cops are on the case but they aren't that effective. Enter Nanci Blue (Kandi Barbour) the daughter of a detective (Ron Jeremy) who will try to solve the case even if her father completly disagree.

First thing to say is that it's a cheap production, shoot on tape in 1979 sure isn't a sign of quality and this is probably why that film is mostly forgotten. The problem isn't only that, the biggest fault is that most of the time we have a feeling of being late for the game. What I mean by that is simple, we jump in the action after it started and we get out before it ends.


So nothing essential here, but if you like Kandi Barbour, and who doesn't, it worth a watch... just don't set your expectations high  and expect poor images and sound (why do you think I didn't take that many captures?).

Obviously this is not on DVD, in fact this isn't available on VOD either, and I highly doubt it will ever be considering it's a below average production. Of course you can find it on the usual tube sites if you want to check it, at least it isn't that long.