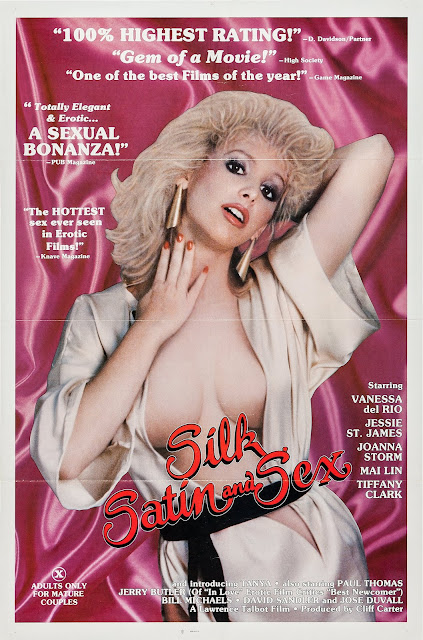 In this Lawrence Talbot's film four prospective employees at a lingerie company are at a private party with the owner of the store. During this evening each of them will tell how they met their husband.

This is almost a vignette film since all the how "I met my husband" aren't related, but not exactly like the late movies made by Alex DeRenzy since they are part of a narrative.

Fanny (Joanna Storm) is the first to tell her story. They meet each other after his future husband bring back her wallet that she forgot at a store. They go for a walk at Central Park and we know how this will end.


Tiffany Clark is next and she told how she met her husband while doing an hypnotic therapy to stop smoking. Now that one is visual perfection since it mix two events, her hypnotic phantasm and their real sexual encounter.


After it's Mai Lin's turn to tell her story. A story where luck played a part since they met each others because the elevator at their work place was out of order. They share a scene in two acts, in the hot tub and the elevator. So it was certainly a good career beginning for Jose Duval 😉 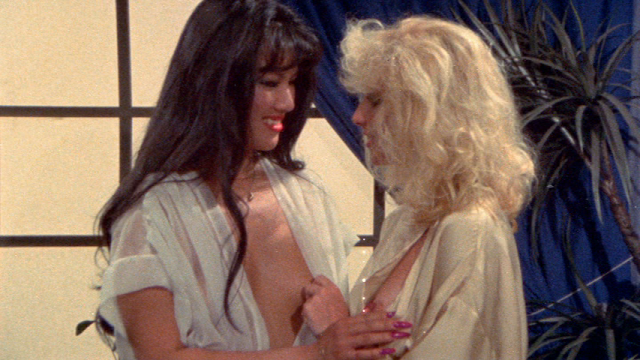 Surprise, we don't get Vanessa del Rio's story next but a lesbian interlude between Mai Lin and Joanna Storm outside... same place they shoot the Central Park encounter because it would have taken balls of steel to really shoot a sex scene in public at Central Park.

Finally we get Vanessa's story... her husband was some random guy she met while she was drinking in a bar! They met in the backyard of a building and after a while they enter in the apartment, the owners caught them but they are far from being shocked to see two strangers there as they decide to go for a foursome.

This film without being a game changer and use a loop kind of format is enjoyable. But to be honest it works because of its great cast... come on it's hard to complain when you get Tiffany Clark, Joanna Storm, Vanessa del Rio and Mai Lin in the same movie.

You can get it in a Vinegar Syndrome double features DVD with Turn On with Kelly Nichols made by the same director and, as usual, they have done a great restoration job.
Posted by Jimmy at 2:09 AM