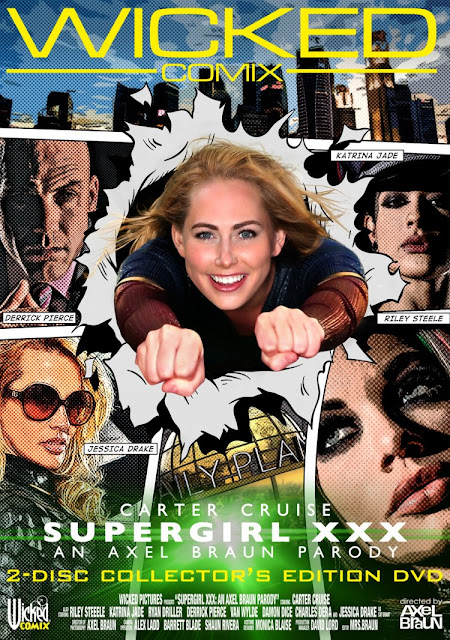 We sure are in an alternate universe since we start our story with Supergirl having a sex scene with Brainiac... but this is all a dream and thank God we won't see that bad Supergirl costume again. What isn't a dream is Kara Danvers being the girlfriend of Lex Luthor!

Remember the relation between Supergirl and Lex? Of you do... It's a charm that he put on her for some reasons. He used the power of the Enchantress (I suppose it's the same one than the one in Suicide Squad) to did it and when she came to meet him at his place because the charm weaken it's lesbian scene time.

After all that Supergirl meets Batman at his batcave because why not and he tells her about the spell put on her. She go fight with Brainiac and beat him in two seconds (seriously that was fast). Next it's time to reverse the charm, show gratitude to Bruce Wayne and pay a visit to Luthor.


Honestly that was a big waste of time... a story who doesn't make more sense who results as a by the book type of modern film I really don't like. Carter Cruise is a good actress and a nice looking woman, but that was not enough to make this enjoyable.