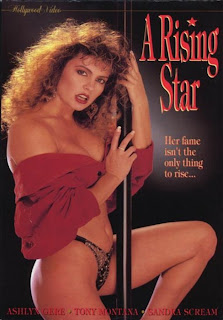 A rare detour in the nineties (hard to believe that it's been 19 years already, that makes me feel old). We can not say that these years have been the best one in the industry, but some company like Vivid and Wicked have produced what could still be called movies (nothing like those I speak normally off, but certainly a notch above the rest produced in this period). This movie is a movie in a movie since it relates the production of a film. It would have been interesting, but like most productions of those years the scenes are too long, too repetitive, too numerous and somewhat boring. Only two scenes stand out of the lot and are a little bit interesting. The one between Jamie Leigh and Tony Montana (but it's more the fact they makie it on an Harley Davidson that makes it interesting) and the one between Sandra Scream and Woody Long who shows the difficulties present while filming a scene (problems to maintain his erection for the man, the numerous interruptions and the constant change of position when you are into it).


This film is available on the Excalibur Films website.
Posted by Jimmy at 11:08 PM