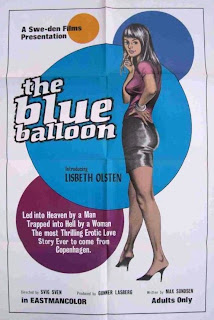 Definitely not the feel-good movie of the year or of the year 1973 to be precise (it was released only in 73). What we have here is comparable to Thriller A Cruel Picture if if was shot as an hardcore film (of course Thriller has insert but it is not the same thing). The story is similar to Thriller and it consist as the abduction of a young girl (Lisbeth Olsen)  to be forced to serve as a prostitute after she accompanied her fiancee (Bent Rohweder) at the airport. That's where the comparisons stops since this Danish production is pretty cheap looking. It looks like you are watching an Avon' productions and certainly not one of their best (Appointment With Agony looks like an high budget production compared to this film). The fact that the film is dubbed in English does not help either, since the story seems to be full of holes (why the photography? How she became a street prostitute?). The material used is also in poor condition (I've seen worse, but the sound is often hard to hear), but that's understandable since it is not the kind of production on which a company spend thousands of dollars for the restoration. I do have to recognize on the other side that I was surprise by the end since I was waiting for a very violent conclusion and that this is not the worst movie made in Denmark I 've watched (that dubious honor belongs to Animal Farm who was quite a depressing, disgusting and traumatizing experience).

This film is included in The Grindhouse Hostage Collection which also includes Play Only With Me and Virgin Hostage available through the website of  After Hour Cinema and also on Amazon (I don't know why, but every time I find an hardcore movie available for sale on their U.S. site I am completely surprised).
Posted by Jimmy at 10:37 PM