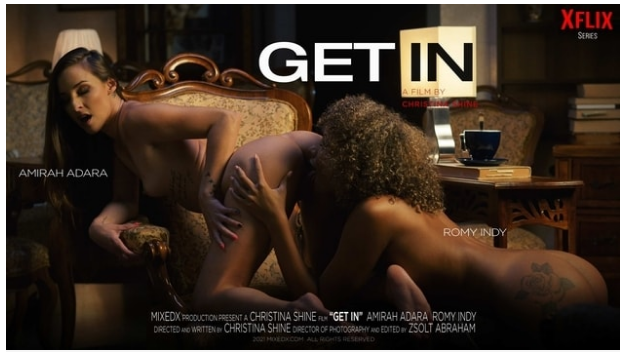 The premises isn't that complicated since the scene is 28 minutes long. A woman (Romy Indy) after seeing the website of an hypnotherapist (Amirah Adara) online takes an appointment with her for a consultation. They talk for a while and the therapist slowly hypnotize her...

Romy is shock when the therapist tells her that she knows that she is a lesbian... by the way she is the sister of Romy's boyfriend. The seance continue and at some point Romy is paralyzed so she can't move, but she won't stay like this for long and when she regains control of her body it's time for girls actions.