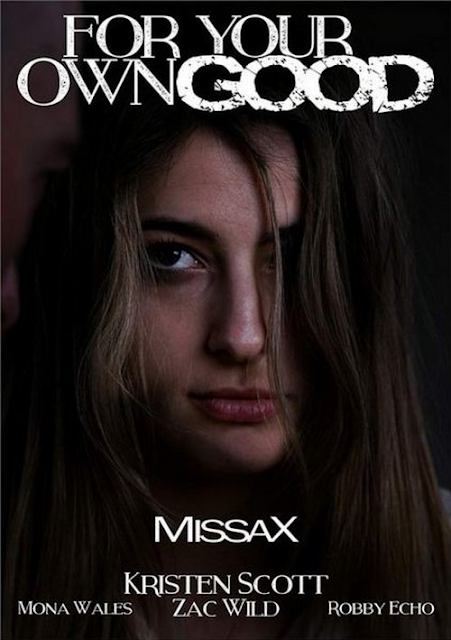 Something recent to change the pace and one who isn't widely available yet. 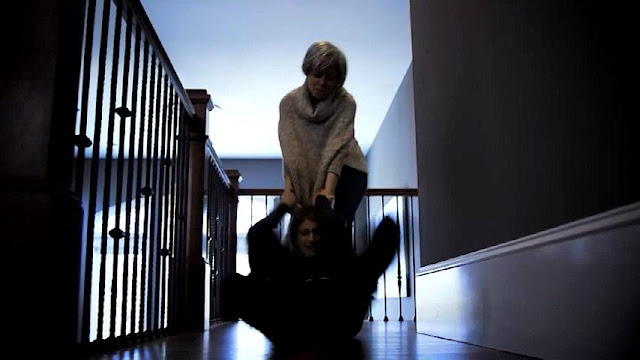 A young girl is dragged through a house and she is in crisis, why? We don't know yet, but we will find soon... One thing for sure this is a great way to start a movie.

The mysterious girl live in fact in the house and she is brought back because she planned to run away with her boyfriend. So she is locked and restrained in the room by her step mother and her step brother.

Later in the evening while Zac and her girlfriend are in the house Kristen make herself heard, but Zac explains to his girlfriend why his sister is locked in a room. It's a sad story and Mona believes him.
Like so many recent films this movie is divided by episode, or chapter if you prefer, so the first episode concludes with their love scene.

The second episode is where everything is very important since it's a flashback of a discussion between Kristen and Robby (her boyfriend) that happened before the film beginning... but contrary to what the iafd and the production company did, I won't spoiled anything and I recommend that you don't read the synopsis too before.

After that flashback we are back in present time for the last part of the film. Kristen and Zac have a discussion about the dramatic event that happened because of Kristen. While they talk, Zac unties her so she will be more comfortable.

At the conclusion we see that her stepmother was right about Robby... he called the cops and Kristen must quickly run from the house. The end, at least at this point since it's the last past available and I don't know if another is coming.

Another film that shown me once again how I was wrong to ignore modern adult cinema for so many years... the story is quite good and just the pre-credits sequence was more than enough to sell it to me. Kristen Scott who plays the main character is quite a discovery for me, she is an awesome actress whatever it is by her acting, by the way her visage can convey a wide range of emotions or how she does her sex scenes. There is also another factor who make the film more believable, at least for me, all the cum shots are internal as they are in real life (I sure never pulled out of a girl to jerk off at the conclusion of a lovemaking session in my life).

Highly recommended, like I said I'm not sure if the story is complete or not at this point but you can buy the three chapters of the movie directly from  Missax the studio who did it.
Posted by Jimmy at 12:12 AM