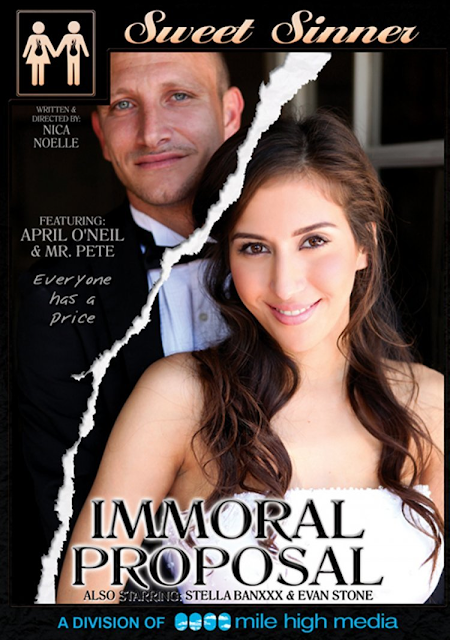 April and Pete are a couple in love with a perfect life until bad luck strike when Pete breaks his knee while training for a big boxing match. Without a way to bring money the couple are at risk to loose their house, so April go meet the bank manager to get a new loan.

Sadly the next day they get a call that her request is denied, but Evan who overheard her conversation at the bank and offered to help them. Since they doesn't have much choice April call him and all three of them meet for a dinner.

At the end of the dinner Evan makes an offer to Pete... one million in exchange of one evening with his wife. Even if that would be the end of their couple financial problem he refuse and they left. But of course after some discussions they will recontact him and accept.

Pete regrets it immediately but it's too late... After the evening is over April come back home, but the jealousy show it's head and when Pete checks his wife phone and finds a message from Evan his suspicions are confirmed. An argument start and April returns into Evan arms.

A month pass, April and Evan are together and Pete stays alone at the house. He became a personal trainer to earn a living and one day he succumbs to the temptation with one of his clients.

Life is good for April until she come back and catch Evan with another woman in their bed. After seeing this she leaves without a word and came back to her husband... The end. 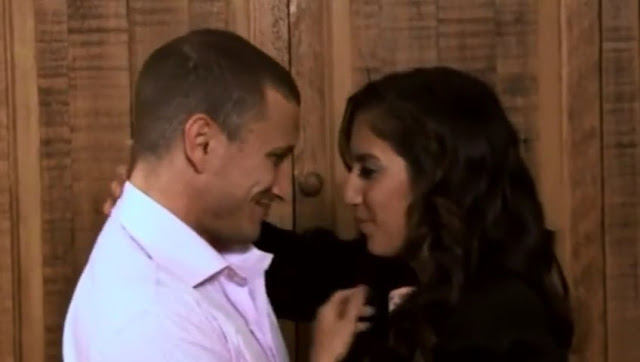 Of course the film is quite predictable, but it was enjoyable. This is the perfect example of a couple movie and it feels more like a romantic drama with a little bit of sex. Seriously there is only one scene in the first hour and it's at the beginning, so I bet some people could dislike this if they expect the usual formula.

The acting is fine and we feel the love between the couple, in fact there are quite a difference in the scenes between Pete with his wife and Pete with the other girl (the same is true for the Evan's scenes).

The film lost some steams before the final act when April O'Neil disappeared from the screen and this is the only negative I can find.

Not for everybody, but a good discovery... it was nice to see that real couple movies are always made and from what I have read this is Sweet Sinner specialty.
Posted by Jimmy at 2:11 AM