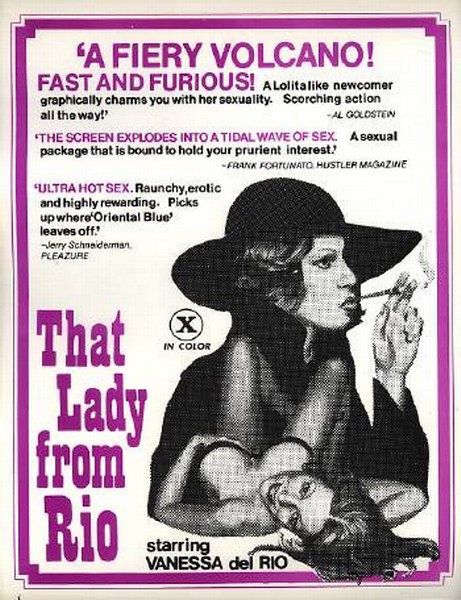 Sequel of Oriental Blue directed by Shaun Costello under his Amanda Barton alias, but don't worry you can watch it even if you haven't seen the first part directed by Bill Milling (Vinegar Syndrome released it in their early days if you want to watch it).

Max, the only character back from the original, is now in charge of the sex slaves operation since he took the control after Madame Blue death. But the business don't go that well and the profits are falling, so the international organization monitoring the enterprise send a woman called Number 1 ( Vanessa del Rio) to discover why.

It looks like Max haven't been honest and has a deal on the side with a local crime boss, but will that be discovered before it's too late? Story wise this is pretty much it and the rest of the running time is spend on the operations of the slave slaves organization until the conclusion.

As a sequel it's fine but it's average Costello, not that it isn't enjoyable but he had done better. The problem is mostly the cast who is too large, so the sex scenes are too numerous and too fast. Also it's weird to watch a Shaun Costello's film without the score we are used to.


Of course not everything is negative... there are some very good scenes (by example the lesbian couple rape) and this is also the film debut of Sharon Mitchell (she's in two scenes but isn't credited). To be honest the film didn't end the way I thought it would, so this is also a plus in my book

Even if it's average, it worth a look since the film have a good cast. You can get it from Distribpix but since it's one of their old DVD release the "sex is coming" watermark is used.