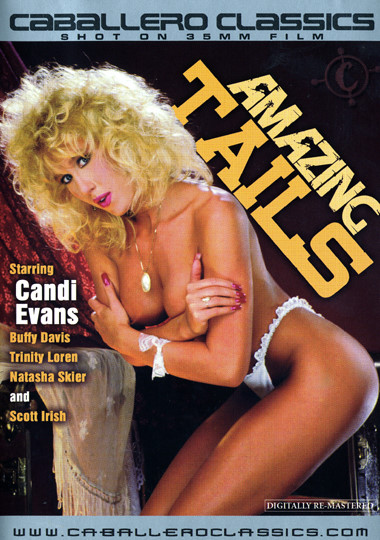 That shoot on video presentation is a good example of eighties adult cinema at its worst, seriously it succeed at making what Ron Jeremy directed for Cinderella looks like great art.

The premises is two film student making an anthology of short films for their class, yeah like it would happen.

Afternoon Delight is the best of the three. It's an incest theme sequence between a brother and a sister. Candi Evans does a good job but I think Scott Irish is miscast in the brother role and this time the camera works is better.

Finally Newlyweds as the title say about a couple who just get married. Sadly what could have been good since it is with Trinity Loren is average again because of the way it was shoot.

Nothing essential here... even if you are a fan of someone in the cast you will be disappointed.
Posted by Jimmy at 1:40 AM