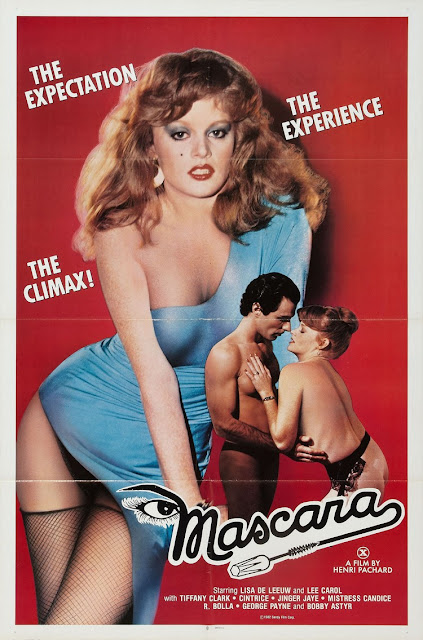 Harriet is a lonely New York secretary with an unfulfilled life, she wants love but she also wants to enjoy her sex life.

One day while she is at work she finds the courage to talk with Lucy, a high class working, about her problems and asks her to help with them. She agrees without much convictions and gives her contact information to Harriet.

For some reasons Lucy gets angry after and she gets back at Harriet the following day when she sends her to her next fantasm assignement.

This time she must participate in a domination play between a couple where she will be the dominated.

She returns at Lucy's appartment after and find a couple there who tell her that Lucy is gone to Atlantic City. Harriet stays to change her clothes but before leaving she takes the time to observe the couple and she realizes what love really is.

This is a film who could have been an average by the book presentation but this is all the contrary. There is a little of everything in this movie... indeed at time it's funny and at time it's dramatic, this is mostly due to the great acting talent of Lisa De Leeuw and Lee Caroll but also to Bobby Astyr and Robert Kerman in their small role. To be honest I have some doubt that Roberta Findlay was the one who directed most of the film and that Henri Pachard was only responsible for shooting the sex scenes (I haven't listen the roberta Findlay commentary track included on the disc).

I highly recommend this film and even more if you are a big fan of Lisa De Leeuw. Obviously the way to go is the Vinegar Syndrome BD and certainly not the ABA bootleg.
Posted by Jimmy at 1:04 AM