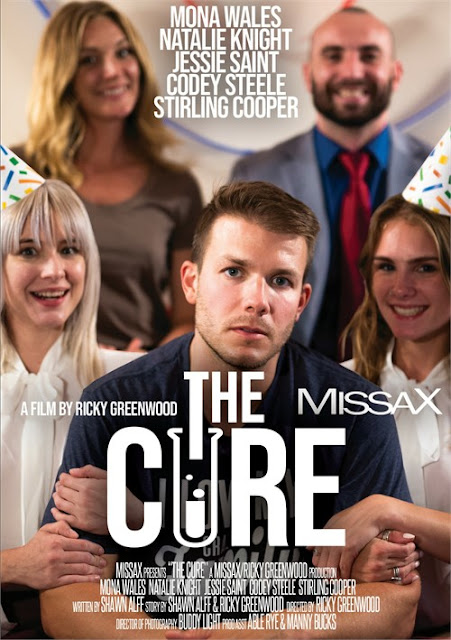 A doctor (Stirling Cooper) brings someone unconscious at his house during the night, we will learn later that the man (Codey Steele) name is Josh and what brought him there is a suicide attempt.

Josh slowly recovers but he is kept restrained in a wheelchair for his safety, but it doesn't take long to see that something isn't right in this house and everybody living there.

Josh finally get well enough to stand up and walk, unsurprisingly his first move is to leave the house since he wants to return to his family and his girlfriend. But he is in for a big surprise, the doctor put a sounding device in his brain that kick of when he is too far from the home so he doesn't have a choice to come back.

He accepts his sort and become a part of the "family" until he'll discover something shocking (no I won't say what) and make an escape attempt.

I haven't say too much about the story since the less you know the more you'll enjoy and I sure enjoyed it. Ricky Greenwood once again gave us a great film, seriously whatever genre of cinema he touch the result is always the same: a brilliant film... he isn't the busiest man in the industry for nothing. The casting is just great from Codey Steele who plays the confuse victim to Stirling Cooper who plays the mysterious doctor to the rest of the cast who plays borderline crazy and unstable characters. I really appreciate when a film doesn't think that its audience is stupid and everything must be explain to it. We aren't really sure if everything is what it seems to be and this is fine, we don't need someone to hold our hand when we watch a film and we don't need flashback... we just need to be here for a ride and live the story like the main character live it. Even the sex fit perfectly with the mood of the film, nothing has a "normal" vibe starting with the strange one when Josh came back from his coma. By the way Natalie Knight was a nice discovery for me since I really love the girl next door look.

I highly recommend this film, seriously I don't understand why it wasn't at least nominated for an award this year, and you can stream it from the MissaX streaming service if you are a member. If not you can buy it on VOD from them or at your usual online store if you prefer.