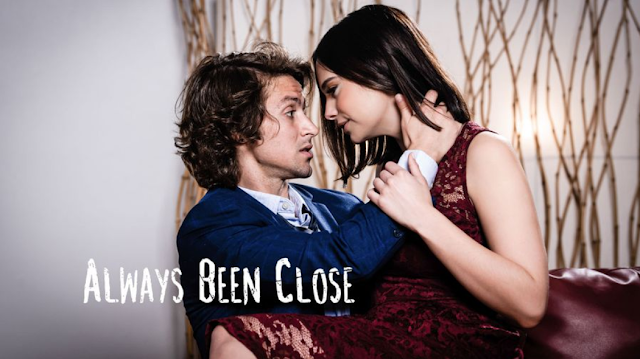 It's Wednesday so you know what it means... a new Pure Taboo release and review.

Tonight is prom night for Jenny (Violet Starr) and she will bring her boyfriend Brandon (Jason Deep) and her brother (Jay Romero) to her special night.

But before the party it's pictures time and same as I did the photographer (Alison Rey) thinks that Jay Romero is Jenny's boyfriend.

After the party Brandon being drunk start acting like an asshole and doesn't understand that no means no. Fortunately for Jenny Ryan is there to protect her honor and kick Brandon ass... OK he punches him in the face and hurt his hand but that was enough to get rid of him. After the confrontation they go back home and from there you know how it goes. 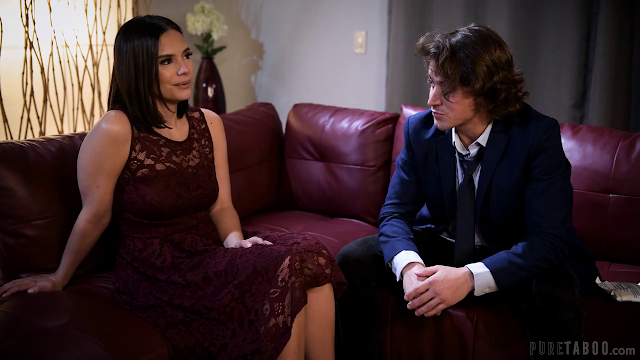 After two average scenes we finally get something better, sure it's another brother / sister scenario but at least they don't tell us that they are step brother and sister over and over this time (just once and you must be attentive to catch it). It's rather short at 38 minutes, but the director was able to set the story line effectively to justified the second act. Thank God Jenny didn't stay with her boyfriend because the actor looked like he didn't want to be there at all. Violet Starr overact a little bit during her scene (if you are my age just think Tracy Lords to get an idea) but she got me with her smile and her laugh when the scene started. Jay Romero is one of those young guys I have never seen before but he sure looks good and seriously he and Violet Starr really make a good couple.

As you should know already the scene is only available via the Pure Taboo / Adult Time streaming service at this time.