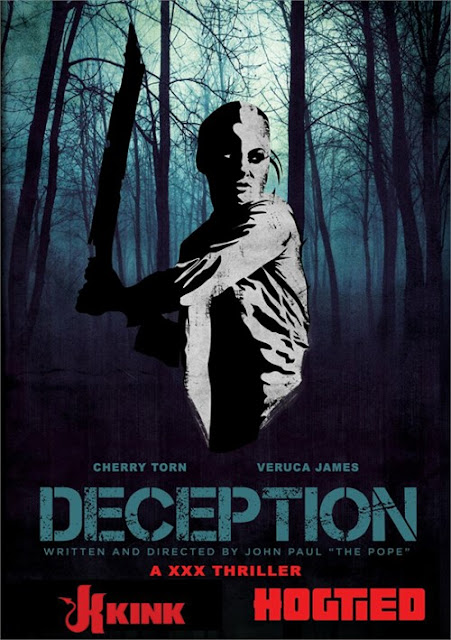 Two friends (Cherry Torn and Veruca James) rented a cabin in the wood for a weekend of relaxation and fun. They realized they will be more isolated than they thought they would be when they saw that this area doesn't have cellular reception.

They set themselves in the cabin and Cherry goes for a shower, Veruca rejoins her later but this is all in her mind. The following day they decide to hike in the wood, what would be the point of being there if all they would do is to stay at the cabin? All my years of watching horror movies sure shown me that a cabin in the woods isn't the most idyllic place to be and that something scary will happen soon. 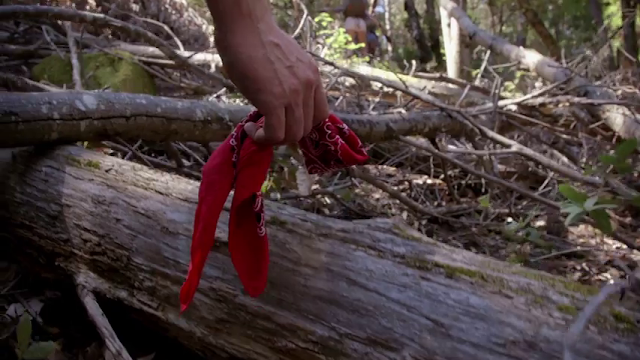 And I wasn't wrong, after setting their camp for the night Cherry is abducted by a huge strong man in the wood (John Paul The Pope). Now if you are familiar with Kink.com you certainly know what's coming...hell on earth for both girls. Cherry get the worst treatment and Veruca is the hero who will save the day. 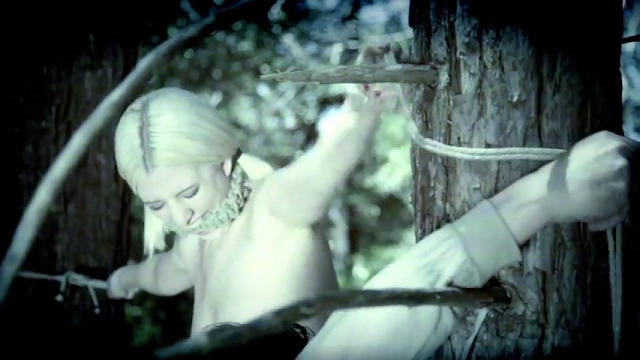 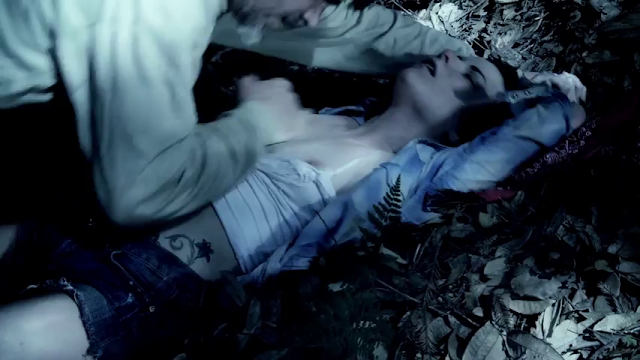 I was very curious to see how a film built around the bondage fetish would work and surprisingly it worked very well. Now I must warn you... this film isn't for everybody and there is a good chance that you will find it too rough and "brutal". Both actresses sell everything in an incredible way... don't expect smiles, laugh and silliness when the rope aggression happen but it isn't a surprise since they did countless S&M scenes. The location is perfect and whoever did the score sure knows how to do it. It's a bit short at 58 minutes, but on the other hand this is an intense 58 minutes. Just in case you'd be worried, everything is consensual and safe words / moves are set before everything start as you will see in the before and after shooting interviews.

And I love the ending, I sure didn't see it coming...

Like I said before this isn't for everybody and certainly not for the casual adult film viewer, but if you appreciate bondage and S&M this is highly recommended since John Paul The Pope really made a perfect film... too bad that he didn't do more features.

The film is available freely on Gamelink if you have an unlimited account, if you don't you can buy it on VOD and this is also available on the Kink streaming service (looks like a longer version is exclusive on the service).