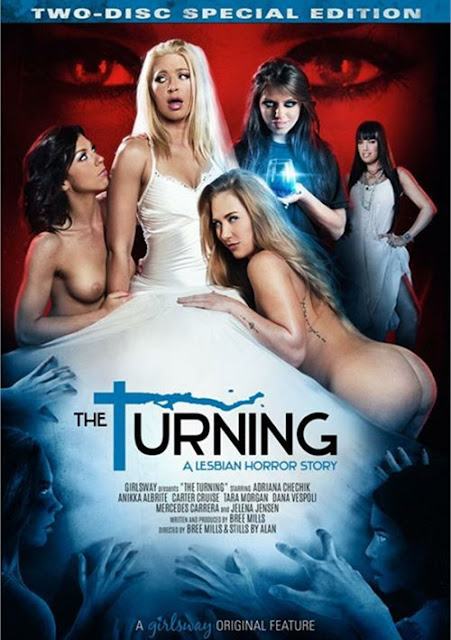 Time for a feature and not a short one as we talk of a six parts series that is 4 hours 20 minutes long... so it's easily the longest film I have reviewed here. 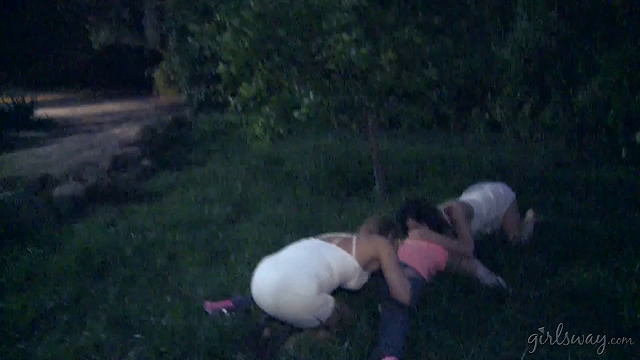 Halle (Adriana Chechik) is a young outcast girl living with a foster family and to make thing worse her foster sister is soon to be wed so everything revolve around the wife to be. But her foster mother (Dana Vespoli) decides to involves Halle in the wedding by taking care of the bachelorette party and the bitchy sister (Anikka Albrite) is sure not very happy with this.

After hearing her complaining on the phone Halle has a breakdown and she calls a distress hotline, the woman on the other side of the line tells her to came at her office so she goes. They talk a while about her problems around a cup of blue tea and Freedom (Mercedes Carrera) propose some kind of healing process involving stone and more... more being of course sex. Without knowing Halle just became the first patient of an experience.

The next day Halle is back home to announce her big plan for the bachelorette party... a wellness retreat (yeah this isn't the greatest party idea ever) and unsurprisingly Sarah hate the idea. Not that it's really matter since Halle isn't feeling well and Dana, her foster mother, put her in bed.

Later that night, Halle wake up, goes in the direction of Dana's bedroom and attack her... but the next day Halle just wake up in her bed as if it would have been only a dream. Now it's time to go at the retreat with Sarah and her friends. The moment they arrive a video is shown to her and the group is separated.

Halle is brought in a room alone and we finally get the core of the plan... a virus transmitted via the blue tea turning every women to a lesbian. Now it's time to spread the infection!!!

First victims are Sarah's friends and next Sarah, but she is able to escape and she goes back at her home. Free at last you think? Oh no, this isn't safer back home and nothing will prevent the lesbian curse to spread. 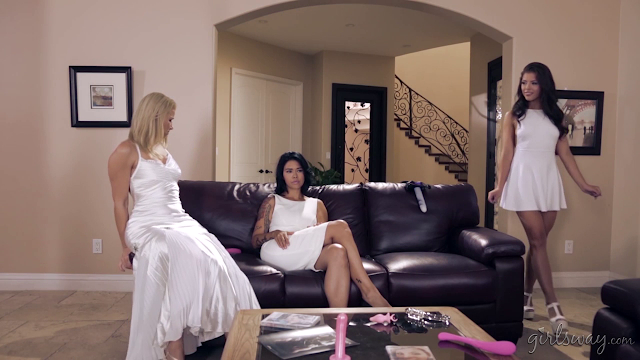 Obviously I highly recommend this one if you are into girls only cinema, normally I would say buy the VOD and of course you can, but the DVD come with a very good making of which make it a worthy addition for your disc library. Of course if you are a member of the Adult Time / Girlsway streaming service the making of is also available for your viewing pleasure...

It's sad that Girlsway doesn't do big production like this since the departure of Stills By Alan from the company.