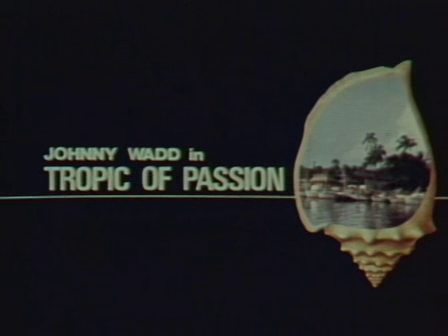 Episode number four of the Johnny Wadd series, this time we leave California for another state and the film has a bigger budget (relatively speaking of course).

Johnny Wadd is hired by a wealthy heiress who is a victim of blackmail via a film in which she has a sexual relation with a man. So it's direction Hawaii for this investigation, but before leaving he must give something to his secretary who nag over and over because she can't go with him.


Right after the landing it's time to visit his client who tells him about a money exchange for the film negative that Wadd must take care of. So he goes to do the exchange, but everything go wrong when he is beaten, sure doesn't happen often, and an Asian man flee the location with the negative and the money.

Obviously his client is quite unhappy about this, but she gives the address of her lawyer to Wadd so he drives directly at the address to meet him.

After John describes the Asian man to him Alex Royal reveals that it's probably Fuk Yu and gives his location to Wadd, so time for another ride. Once again the Asian man flee the scene, this time using an helicopter. Wadd feels that something isn't kosher and he decides to visit Alex again. When he arrives the lawyer is busy which doesn't prevent Wadd to confront him, but no fight since they will settle for another kind of action.


Next Wadd and the heiress go to another money exchange together to catch the Asian man and finally this time Wadd kick his ass but there is no negative on him...


This is the worst VCX release in that series, as you can see in the captures the colors are all washed out so the visual is quite dull. This is quite sad considering that the film must have been the best looking one since the beginning of the series as it was shoot at Honolulu. The investigation is interesting and the fact that Wadd had some difficulties to do his works show us that he isn't a perfect detective. On the other hand the sex scenes are on the boring side, good women casting by cons with Sandy Dempsey and Sandi Carey.
Posted by Jimmy at 12:53 AM