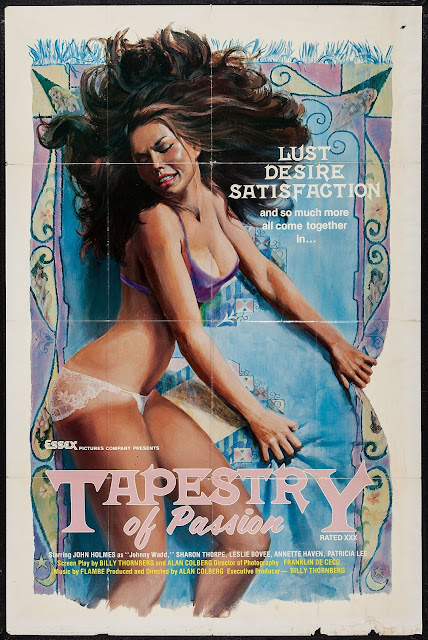 Second film in the series, if we count The Danish Connection, who was not directed by Bob Chinn. This entry was directed by Alan Colberg who also wrote it with Chris Warfield.


Johnny Wadd is hired by Jean Osborne (Lesllie Bovee) to find who killed his brother (John Leslie). She tells him that her brother was a sex freaks open to everything, so Wadd will start his investigation by visiting the San Francisco adult stores.

After a while since his businesses visits bring him nowhere he starts checking the newspaper adds and he fall on something interesting. Just when he is on the phone ready to call Tom Osborne's window knock on his door. She tells him to forget about his investigation, that his murder was certainly not connected to the other murders (a series of lookalike murder happen at the same time in the city) and that she was on the way to divorce her husband before he was killed. She tells him a sob story and you certainly know where it goes.

After that interlude Wadd decides to go pay a visit at the house he was calling to. Once there he is rudely receive since he didn't call, but the woman in charge tell her assistant to let him enter. She is quite interested by Wadd but he decides to go and probably for the first time ever he refuses sexual advance.

In the meantime Johnny contact another victim wife to discuss with her about the murder of her husband. She isn't that interested to talk since she fear for her life and she flee, but Wadd intercept her at her home to talk and more.

Wadd returns at his home where he finds a black widow in his bed, understandably he is less than happy about this and decides that it's time to visit Nelson Drive house again. He finds Tom Osborne's wallet and call the police to tell them to come if they want to catch the murderer. While the lady of the house does his number on him Wadd handcuffs and get confessions out of her. Finally the police arrives and it's the end... ok not exactly. It's the end of the investigation but it's time for Johnny to get his payment and a little extra. 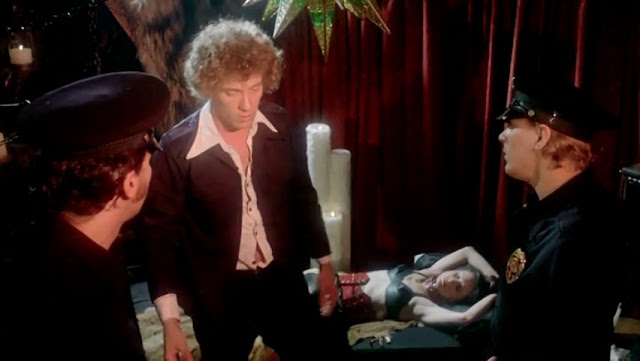 Visually speaking this is the best looking release in the series, but not the best film. Of course the cast is great and the investigation is interesting (just a little bit rushed), but it lacks what makes the series fun to watch... there aren't any actions, fighting action of course the other type of action is there.

But even if the film is different than the Chinn's entries it is enjoyable and I obviously recommend the film. You can get it on DVD from Vinegar Syndrome in a double features with All Night Long for a very low price.