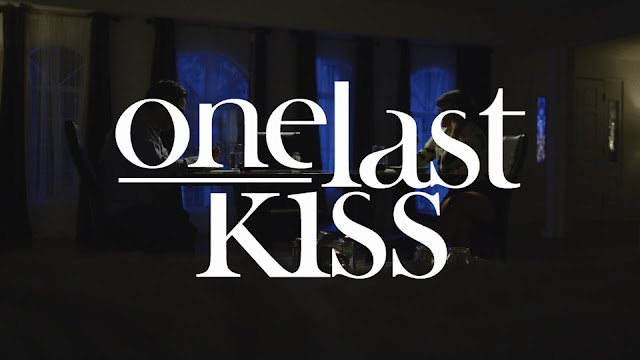 A special Halloween release from MissaX directed by Ricky Greenwood inspired by one event in the Pet Sematary novel... obviously not the meat of the story since, let be honest, that would be weird and creepy.

Three years after the death of his daughter Paul (Tommy Pistol) is visited by Mary who wants his help for improving her grades for her university entry test. This visit awake a lot of sad memory for him since Mary was the best friend of his daughter and he wanted to keep those painful memories buried, so he tells her that he doesn't mentor students anymore. But later the day he feels guilty as going at this university was the dream of his daughter too and he send a message to Mary to let her know that he will help her.

What makes it painful to Paul is that he was the one taking care of Stacy while she was suffering of her incurable disease and he was present when she died.

One day Paul forget his wallet in class and Mary brings it back to him... in fact she waits for him in Stacy's room. She isn't just there for that and she tells him that she knows about what happened between him and his daughter (of course in the film it's step but you know that this is used only to please the payment processors so use your imagination) some weeks after her spinal meningitis diagnostic before she became really sick. What Mary wants is to be with him and this is the reason why she came back after all those years, after persuading him that it will be like he was with Stacy again Paul finally agree.

As you can guess the inspiration for the film is a small character in the novel, Zelda the sister of Rachel Creed who died after a long battle again the spinal meningitis while she was alone with her. As usual Greenwood gave us a very good film and not exactly what we expected from a movie inspired by this book, but to be honest do you want the story of a dead kid coming back from death in an adult film? Everything in the film is treated in a way that doesn't feel creepy, by example the incest happened because Stacy will inevitably die without knowing what is love. Tommy Pistol is amazing playing the father facing the unavoidable faith of his daughter and his two scenes are played very sensually and you feel the love. Jane Wilde surprised me since I'm use to see her in small role but she did a very good job with her dialogues and her emotions. Elena Koshka was also a good choice to play the sick daughter since her visage can easily convey the emotions which is why her scene with Tommy is so good. The make-up for Elena Koshka at the last stage of her disease is well done and I like the small details like the dress she wear in her bed that is very similar to the one wear by the Zelda character in the Pet Sematary movie.

Obviously I recommend this film and you must be a subscriber of the MissaX streaming service to see it at this time but usually the films are available for purchase on MissaX on Demand a couple of week after the exclusive members release.